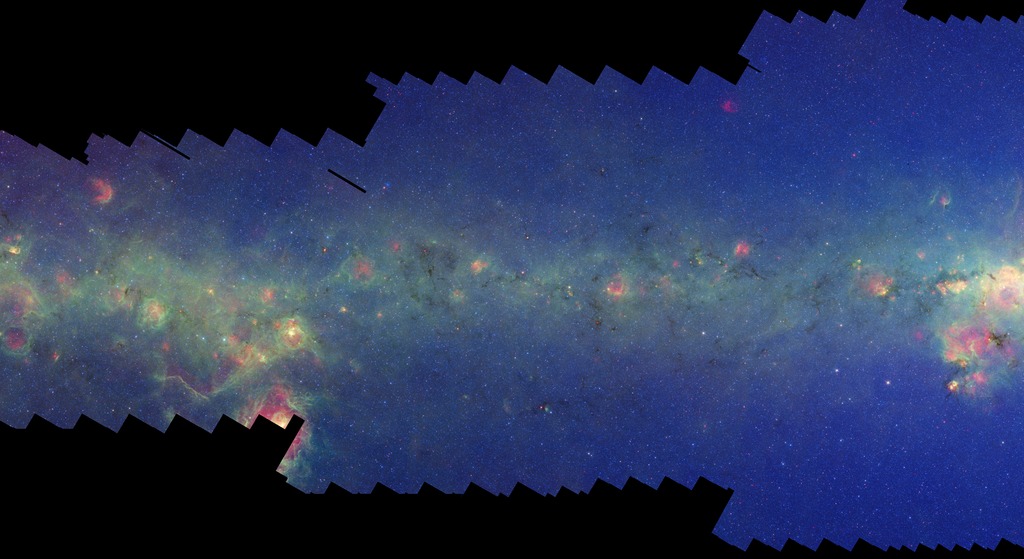 This segment extends mostly through the constellation Sagittarius but also includes small areas of Ophiuchus. The flat band of green running through this region is mostly dust in the distant disk of the Milky Way galaxy. The very center of the Milky Way galaxy falls at the right edge of the image; such views of the inner region of our galaxy are not possible in visible light. The well-known Trifid nebula, which is the most distinctive visible light feature in this area, is also seen here (center left) but its light is mingled with other dust and star-forming regions and does not stand out in the infrared.

This survey segment spans galactic longitudes of 0.0 to 8.3 degrees and is centered at a galactic latitude of 0 degrees. It covers about two vertical degrees of the galactic plane.