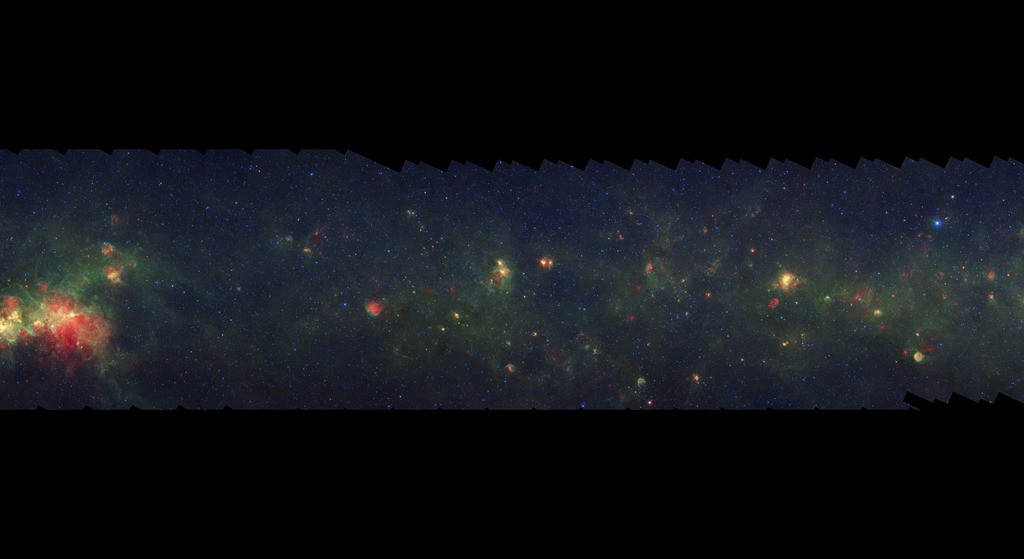 This segment is in the constellation Aquila and shows a relatively sparse region of the Milky Way disk. The large star-forming region on the left edge is completely obscured behind dust in visible light.

This survey segment spans galactic longitudes of 41.3 to 49.5 degrees and is centered at a galactic latitude of 0 degrees. It covers about two vertical degrees of the galactic plane.