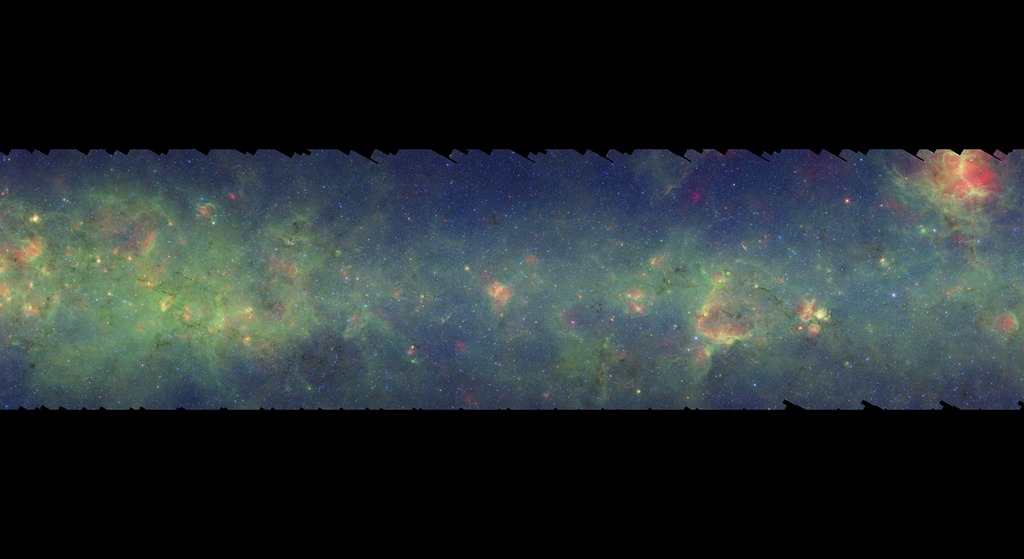 This segment extends through the constellations Scutum and Serpens Cauda. While most of these features are unseen in visible light due to foreground dust, the relatively nearby Eagle Nebula is easily seen in both visible and infrared light (upper left).

This survey segment spans galactic longitudes of 16.5 to 24.8 degrees and is centered at a galactic latitude of 0 degrees. It covers about two vertical degrees of the galactic plane.