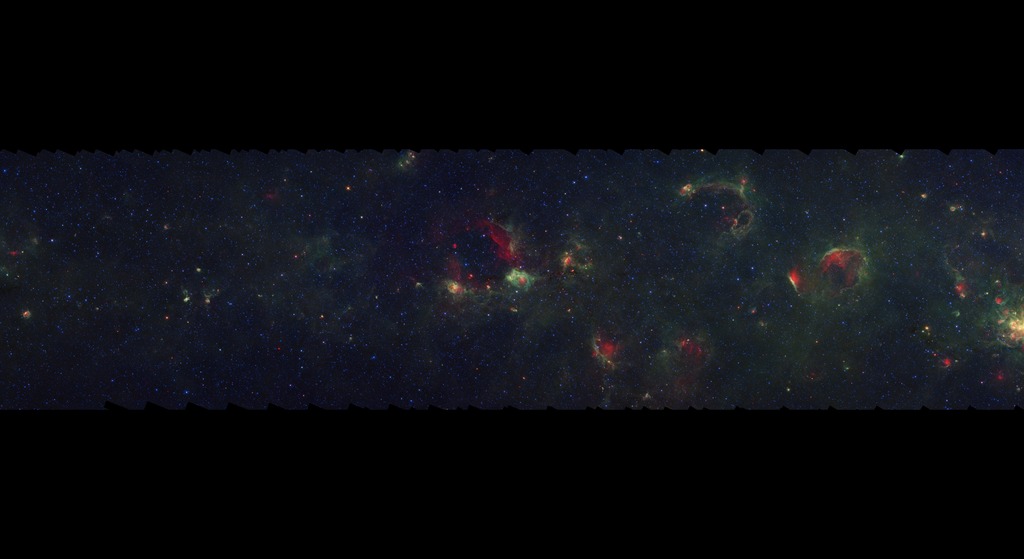 This segment extends through the constellations Vulpecula, Sagitta, and Aquila and shows a relatively sparse region of the Milky Way disk. Most of the nebula features seen here are completely obscured behind dust in visible light.

This survey segment spans galactic longitudes of 49.5 to 57.8 degrees and is centered at a galactic latitude of 0 degrees. It covers about two vertical degrees of the galactic plane.