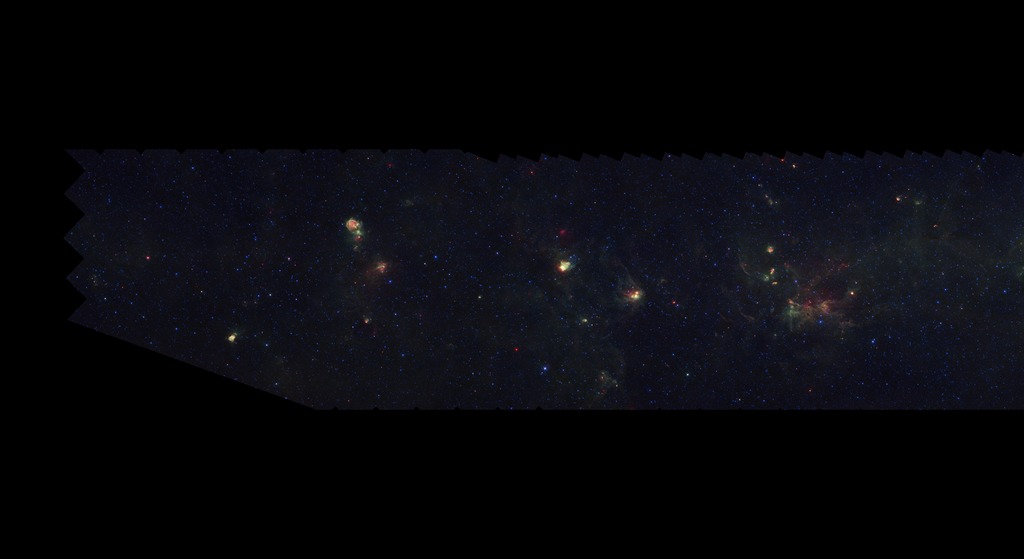 This survey segment spans galactic longitudes of 57.8 to 66.0 degrees and is centered at a galactic latitude of 0 degrees. It covers about two vertical degrees of the galactic plane.

The segment spans galactic latitidues of 57.8 to 66.0 degrees and is centered at a galactic longitude of 0 degrees. It covers about two vertical degrees of the galactic plane.