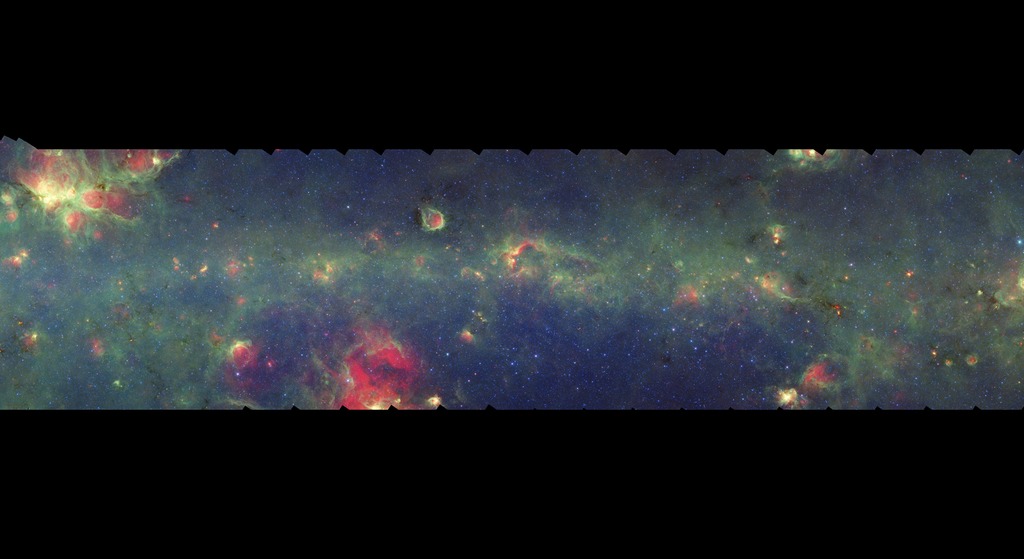 This segment extends through the constellation Scorpius. The only significant feature seen here that also is evident in visible light is the Cat's Paw Nebula, or NGC 6334, at the upper left. The flat band of green running through this region is mostly dust in the distant disk of the Milky Way galaxy. In visible light the foreground dust renders this area nearly featureless and dark with only a scattering of nearby stars.

This survey segment spans galactic longitudes of 343.5 to 351.7 degrees and is centered at a galactic latitude of 0 degrees. It covers about two vertical degrees of the galactic plane.