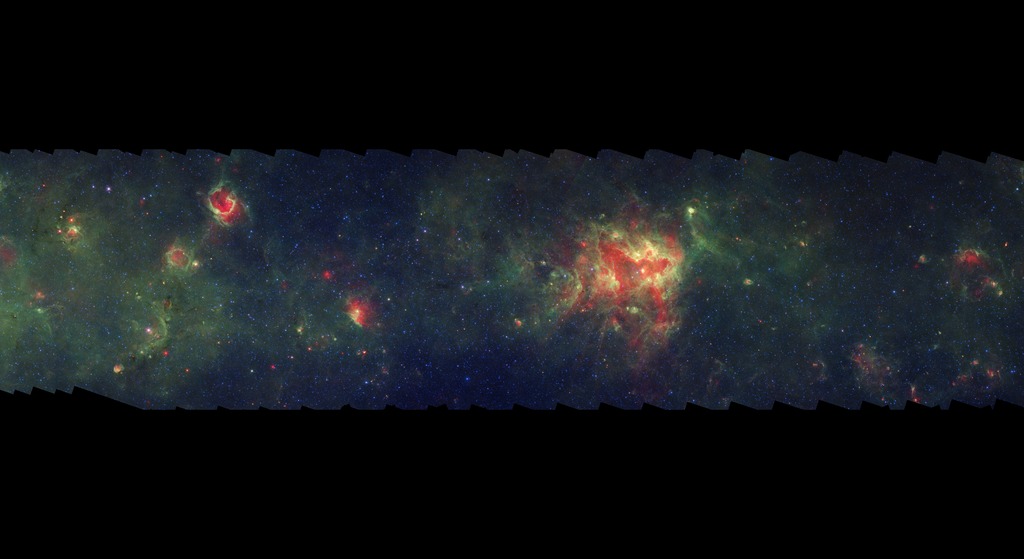 This segment extends through the constellations Centaurus and Crux. The green region near the left edge of the image corresponds to our sightline along the Scutum-Centaurus spiral arm; the outer edge of the arm is seen in the rapid drop-off of dust just right of the image edge.. In visible light the foreground dust renders this area largely featureless and dark with only a scattering of nearby stars; even the large, bright star formation region near the center has no corresponding visible nebula.

This survey segment spans galactic longitudes of 302.2 to 310.5 degrees and is centered at a galactic latitude of 0 degrees. It covers about two vertical degrees of the galactic plane.