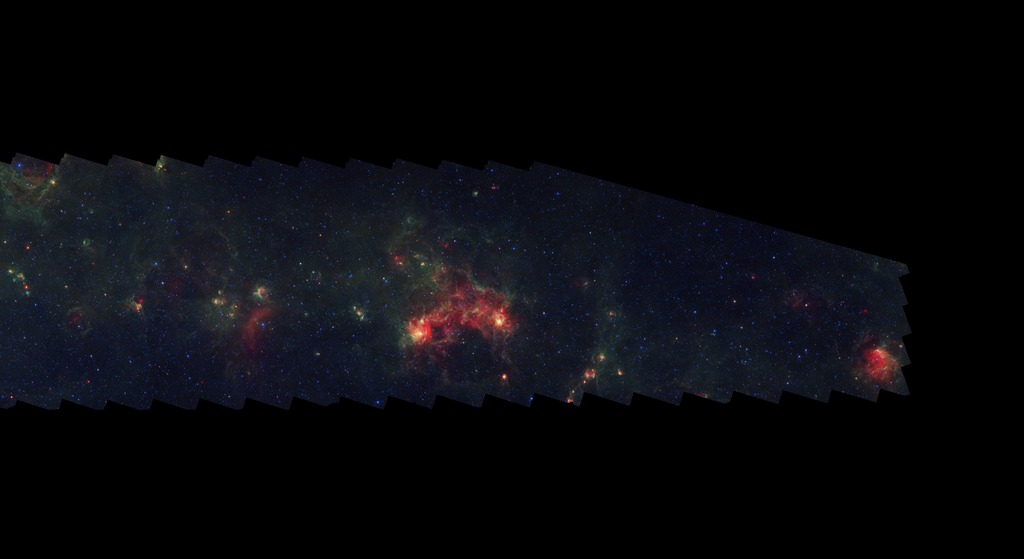 This end segment extends through the constellations Centaurus and Crux. This sparse region falls between the Scutum-Centaurus and Sagittarius spiral arms and is largely lacking in dust and strong star formation.

This survey segment spans galactic longitudes of 294.0 to 302.2 degrees and is centered at a galactic latitude of 0 degrees. It covers about two vertical degrees of the galactic plane.