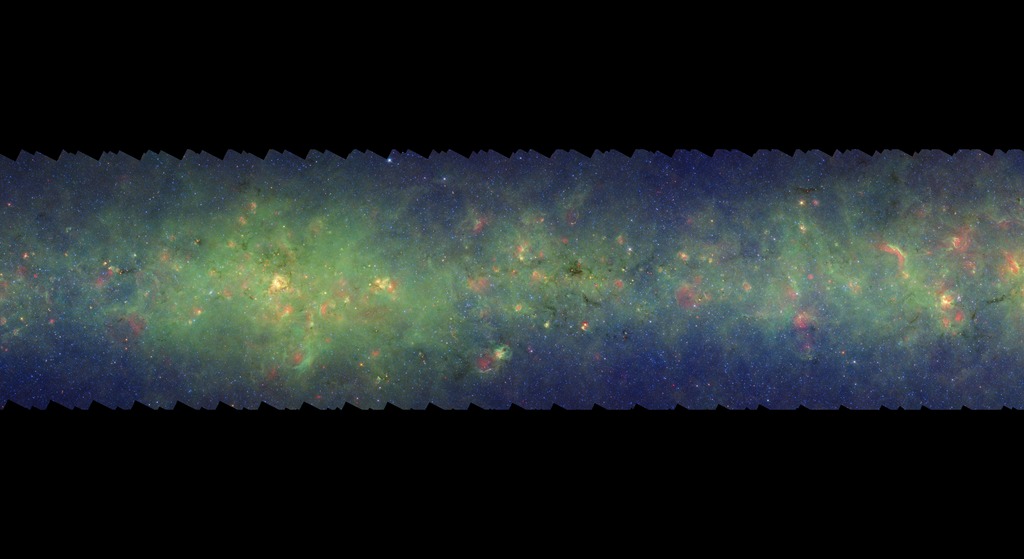 This segment extends through the constellations Aquila and Scutum. The bright area in the left half of the image corresponds to the direction of the end of the Milky Way bar and may be in part associated with that region of the inner galaxy; in visible light it is extremely dark due to dust.

This survey segment spans galactic longitudes of 24.8 to 33.0 degrees and is centered at a galactic latitude of 0 degrees. It covers about two vertical degrees of the galactic plane.