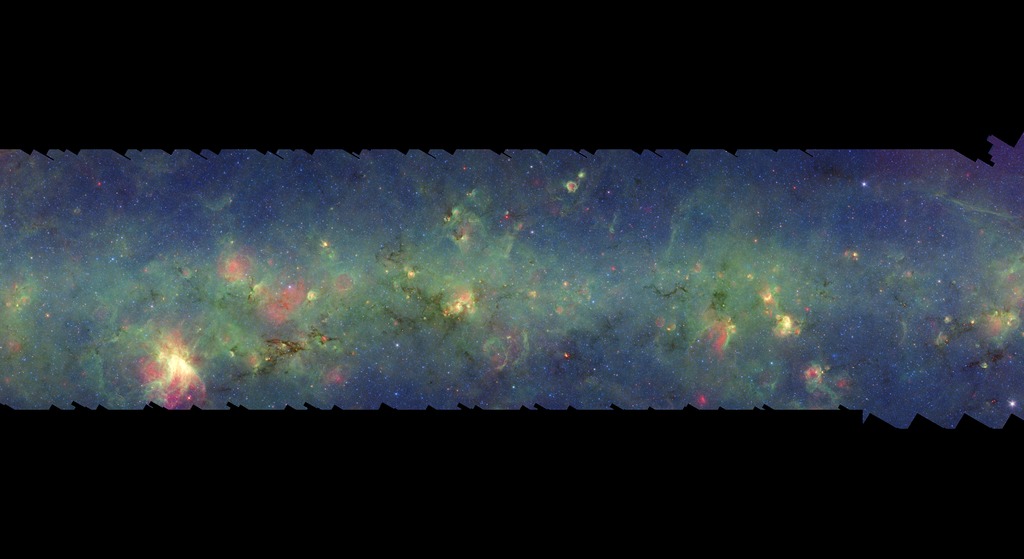 This segment extends mostly through the constellation Sagittarius but also includes small areas of Scutum and Serpens Cauda. The flat band of green running through this region is mostly dust in the distant disk of the Milky Way galaxy. The brightest feature in this area is the Omega Nebula (also known as the swan Nebula) to the lower right.

This survey segment spans galactic longitudes of 8.3 to 16.5 degrees and is centered at a galactic latitude of 0 degrees. It covers about two vertical degrees of the galactic plane.