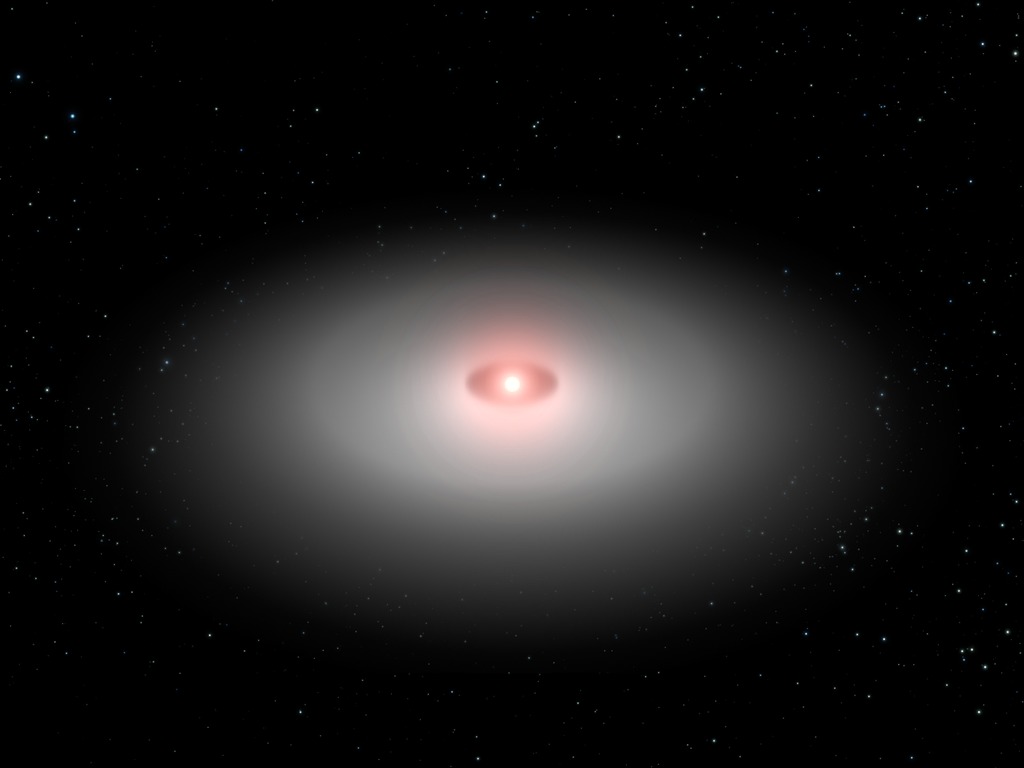 This is a so-called scatter model based on the Hubble Space Telescope image of the planetary debris encircling the star AU Microscopii. Though the real disk is tilted nearly edge-on to Earth, this oblique view is from 30 degrees above the disk plane. This model clearly shows a central hole that may have been swept out by an unseen planet. Holes in the centers of young dusty disks are common among stars and are compelling circumstantial evidence for planets.