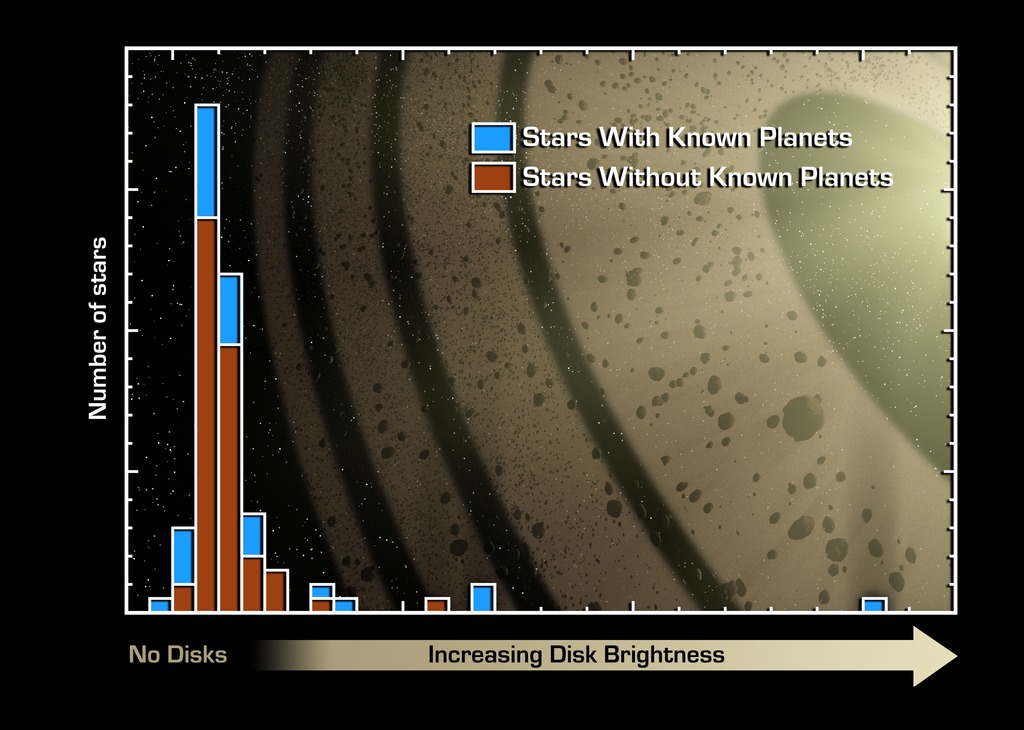 This graph of data from NASA's Spitzer Space Telescope indicates that stars with known planets (blue) are more likely to have "debris disks" than stars without known planets (red).Debris disks are made up of dust and small rocky bodies, like comets. They are the leftover remnants of the planet-building process. Our solar system has a debris disk called the Kuiper Belt, which is filled primarily with comets. Until now, these disks had not been detected around any stars with known planets.Spitzer sampled 84 stars, 26 with and 58 without known planets. Of the 26 planet-bearing stars, six had disks; of the 58 stars without planets, six had disks. The presence of these debris disks was inferred from the amount of excess infrared light measured at a wavelength of 70 microns, relative to that emitted by the parent star. While most of the observed stars have a ratio near unity, indicating that the 70-micron light is coming from the star itself, several stars show a high degree of excess emission. It is these stars that are surrounded by Kuiper Belt-like debris disks.On the graph, stars with increasingly large disks are located farther to the right. The right side of the graph reveals that four out of the five stars with the highest 70-micron excess are known to have planets.