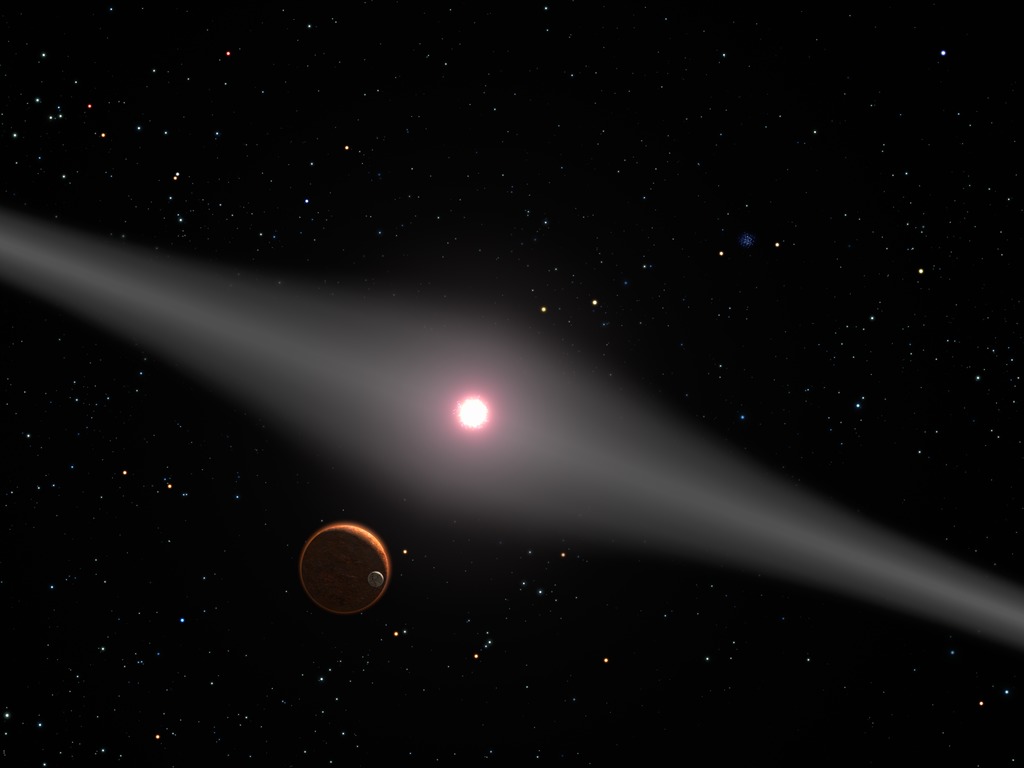 This is an artist's impression of the view from the vicinity of a hypothetical terrestrial planet and moon orbiting the red dwarf star AU Microscopii. The relatively newborn 12 million year-old star is surrounded by a very dusty disk of debris from the collision of comets, asteroids, and planetissimals swirling around the young star. Though no planets have been discovered around the star, the disk is strong circumstantial evidence for planets. Not only is it dusty, but also it is warped, possibly by the pull of one or more planets. In this view the glow of starlight reflecting off the disk creates a broad lane across the sky because the planet is in the disk's plane. Similarly, from Earth we see light reflected from interplanetary dust as the zodiacal light (though it is 1/10,000th as dusty as the AU Microcsopii disk). The star AU Microscopiii is 32 light-years from Earth. From this distance, familiar constellations are still recognizable. In the background, the Beehive cluster in Cancer the Crab is seen. Our Sun appears as a bright star in Cancer.