NASA
Jet Propulsion Laboratory
California Institute of Technology
Is There Anybody Home? 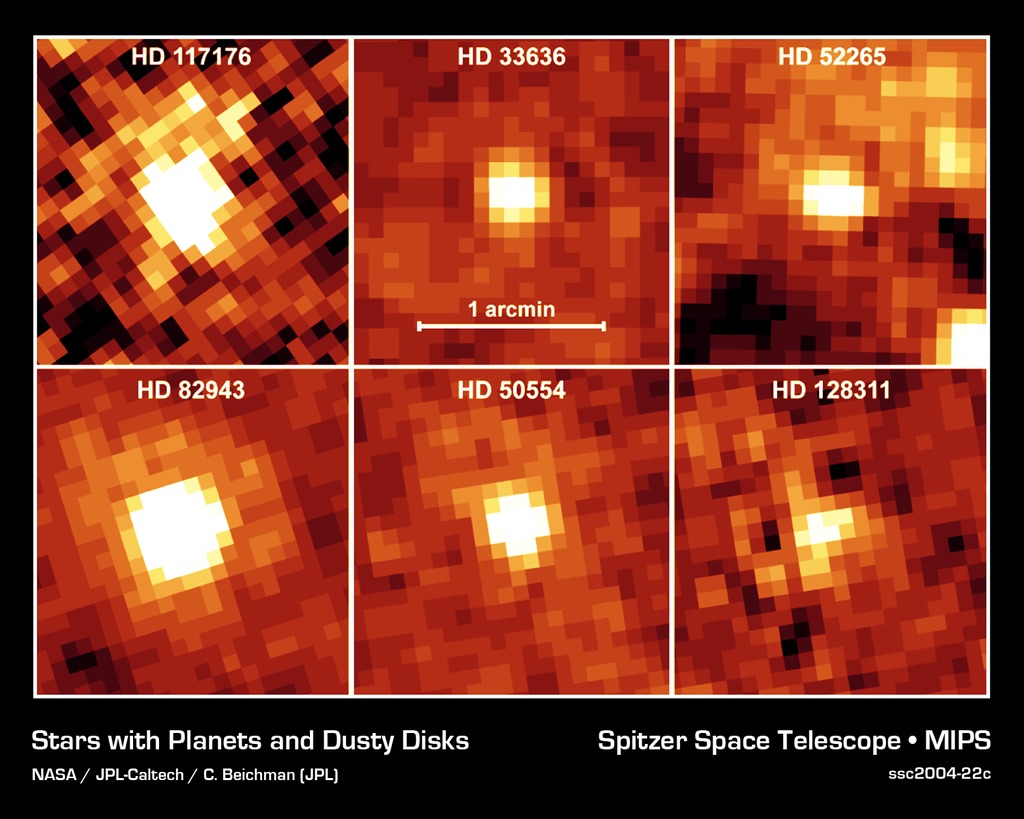 NASA's Spitzer Space Telescope recently captured these infrared images of six older stars with known planets. The yellow, fuzzy blobs are stars circled by disks of dust, or "debris disks," like the one that surrounds our own Sun. Though astronomers had predicted that stars with planets would harbor debris disks, they could not detect such disks until now.

Spitzer was able to sense these dusty disks via their warm infrared glows. Specifically, the presence of the disks was inferred from an excess amount of infrared emission relative to what is emitted from the parent star alone.

The stars themselves are similar in age and temperature to our Sun. In astronomical terms, they are stellar main sequence stars, with spectral types of F, G, or K. These planet-bearing stars have a median age of four billion years. For reference, our Sun is classified as a G star, with an age of approximately five billion years.

The disks surrounding these planetary systems are comprised of cool material, with temperatures less than 100 Kelvin (-173 degrees Celsius). They are10 times farther away from their parent stars than Earth is from the Sun, and are thought to be analogues of the comet-filled Kuiper Belt in our solar system.

The contrast scale is the same for each image. The images are approximately 2 arcminutes on each side. North is oriented upward and east is to the left. The pictures were taken with the 70-micron filter of Spitzer's multiband imaging photometer. The telescope resolution at 70 microns is 17 arcseconds and there is no evidence for any emission extended beyond the telescope resolution.