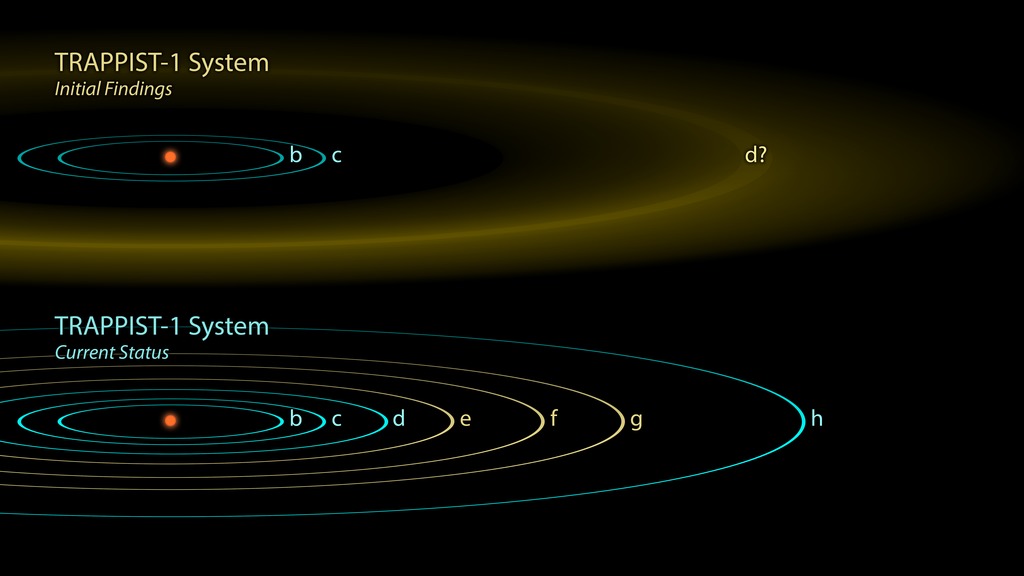 The first observations of the TRAPPIST-1 system reported in 2016 revealed three planets orbiting a small, red-dwarf star, though the exact location of the outermost one, was not well-determined (yellow band, top image). Follow-up observations with NASA's Spitzer Space Telescope, as well as ground-based telescopes, dramatically changed our understanding of this system, revealing a total ofseven planets in Earths size range.The original TRAPPIST-1d was found to have actually been the mixed-up signals of three other planets e, f, and g (yellow orbits, bottom image), and an entirely new d and h were also added to the system.