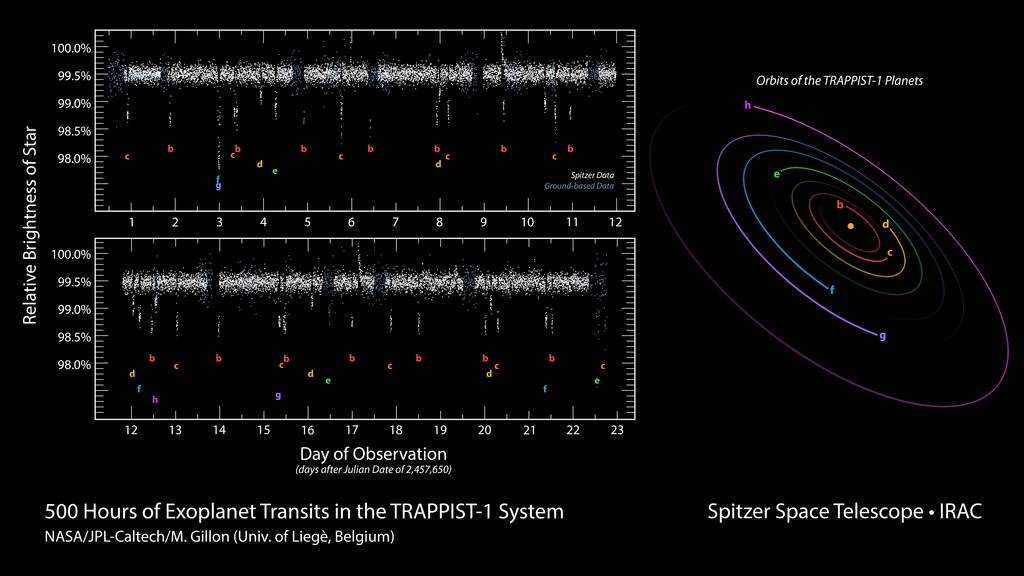 This data plot shows infrared observations by NASAs Spitzer Space Telescope of a system of seven planets orbiting TRAPPIST-1, an ultracool dwarf star. Over 21 days, Spitzer measured the drop in light as each planet passed in front of the star. Spitzer was able to identify a total of seven rocky worlds, including three in the habitable zone where liquid water might be found.

This plot shows the change in light as each planet passes in front of its star. A diagram of the layouts of the orbits is shown on the right. The study established the planets' size, distance from their sun and, for some of them, their approximate mass and density. It also established that some, if not all, these planets are tidally locked, meaning one face of the planet permanently faces their sun.