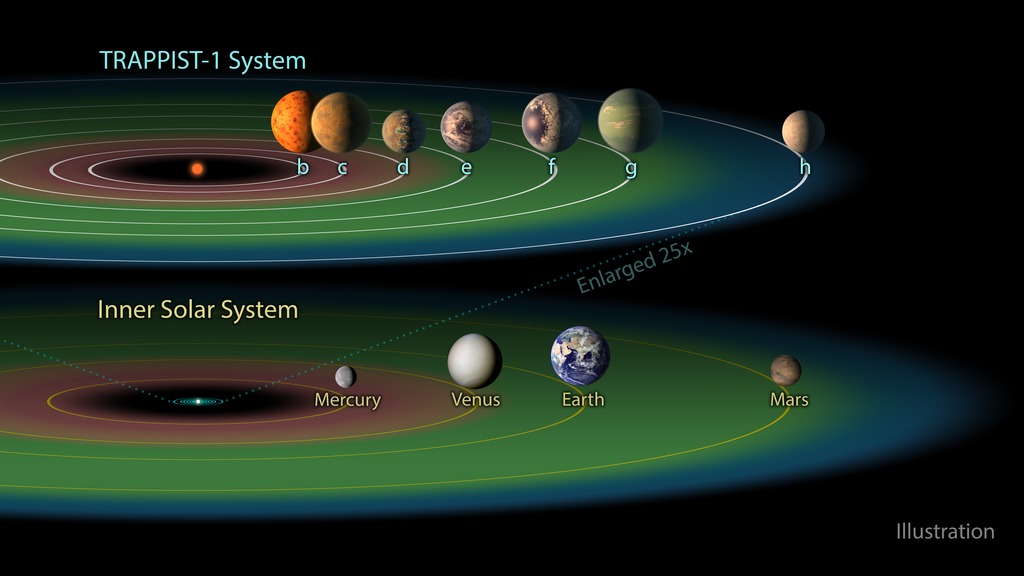 The TRAPPIST-1 system contains a total of seven planets, all around the size of Earth.Three of them -- TRAPPIST-1e, f and g -- dwell in their stars so-called habitable zone. The habitable zone, or Goldilocks zone, is a band around every star (shown here in green) where astronomers have calculated that temperatures are just right -- not too hot, not too cold -- for liquid water to pool on the surface of an Earth-like world.

While TRAPPIST-1b, c and d are too close to be in the systems likely habitable zone, and TRAPPIST-1h is too far away, the planets discoverers say more optimistic scenarios could allow any or all of the planets to harbor liquid water. In particular, the strikingly small orbits of these worlds make it likely that most, if not all of them, perpetually show the same face to their star, the way our moon always shows the same face to the Earth. This would result in an extreme range of temperatures from the day to night sides, allowing for situations not factored into the traditionalhabitable zonedefinition. The illustrations shown for the various planets depict a range of possible scenarios of what they could look like.