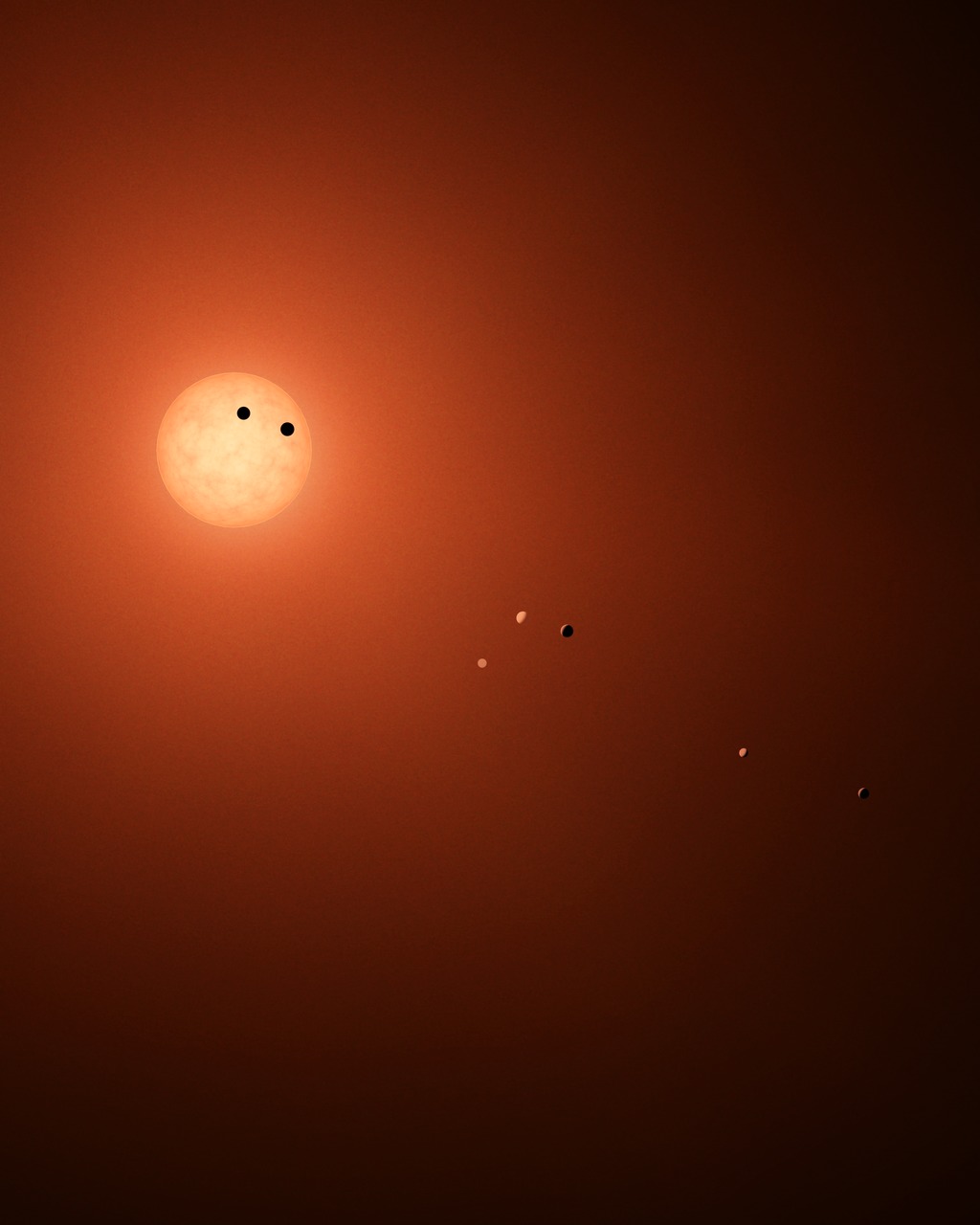 This illustration shows the seven TRAPPIST-1 planets as they might look as viewed from Earth using a fictional, incredibly powerful telescope. The sizes and relative positions are correctly to scale: This is such a tiny planetary system that its sun, TRAPPIST-1, is not much bigger than our planet Jupiter, and all the planets are very close to the size of Earth. Their orbits all fallwell within what, in our solar system, would be the orbital distance of our innermost planet, Mercury. With such small orbits, the TRAPPIST-1 planets complete a year in a matter of a few Earth days: 1.5 for the innermost planet, TRAPPIST-1b, and 20 for the outermost, TRAPPIST-1h.

This particular arrangement of planets with a double-transit reflect an actual configuration of the system during the 21 days of observations made by NASAs Spitzer Space Telescope in late 2016.