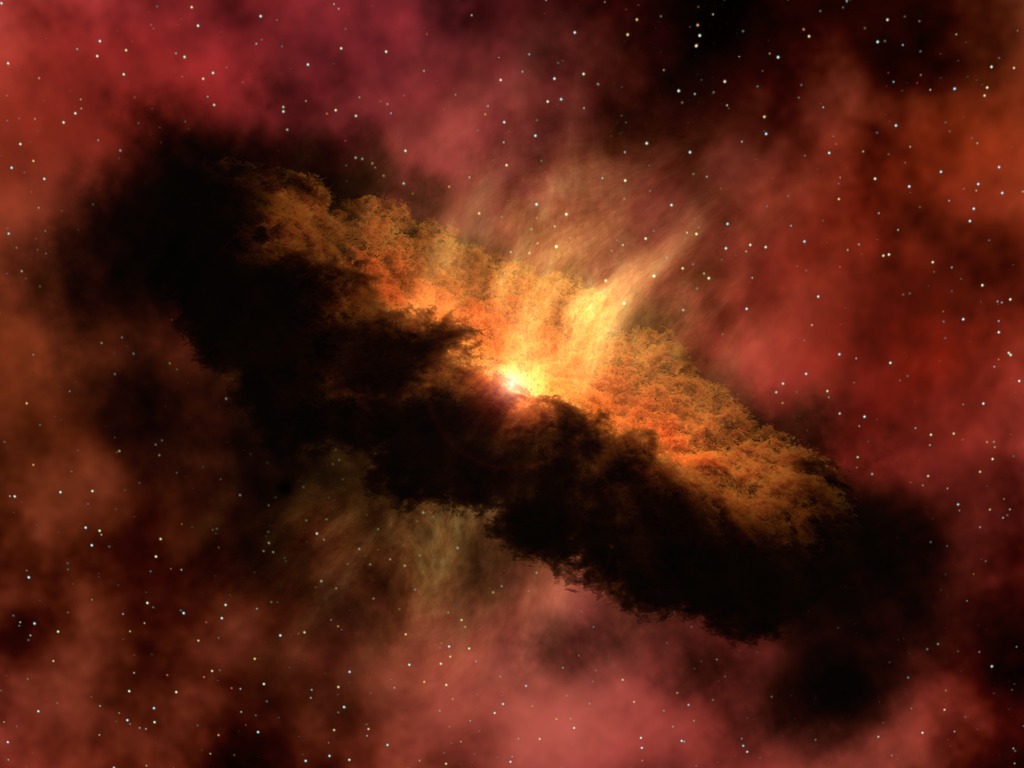 This artist's concept shows a young star surrounded by a dusty protoplanetary disk. This disk contains the raw material that can form planets as the star system matures.

NASA's Spitzer Space Telescope observed a fledgling solar system like the one depicted in this artist's concept, and discovered deep within it enough water vapor to fill the oceans on Earth five times. This water vapor starts out in the form of ice in a cloudy cocoon (not pictured) that surrounds the embryonic star, called NGC 1333-IRAS 4B (buried in center of image). Material from the cocoon, including ice, falls toward the center of the cloud. The ice then smacks down onto a dusty pre-planetary disk circling the stellar embryo (doughnut-shaped cloud) and vaporizes. Eventually, this water might make its way into developing planets. Even in the closest star-forming regions, these disks are tiny and difficult to observe directly, but their strong infrared glow can easily be seen by Spitzer's detectors.