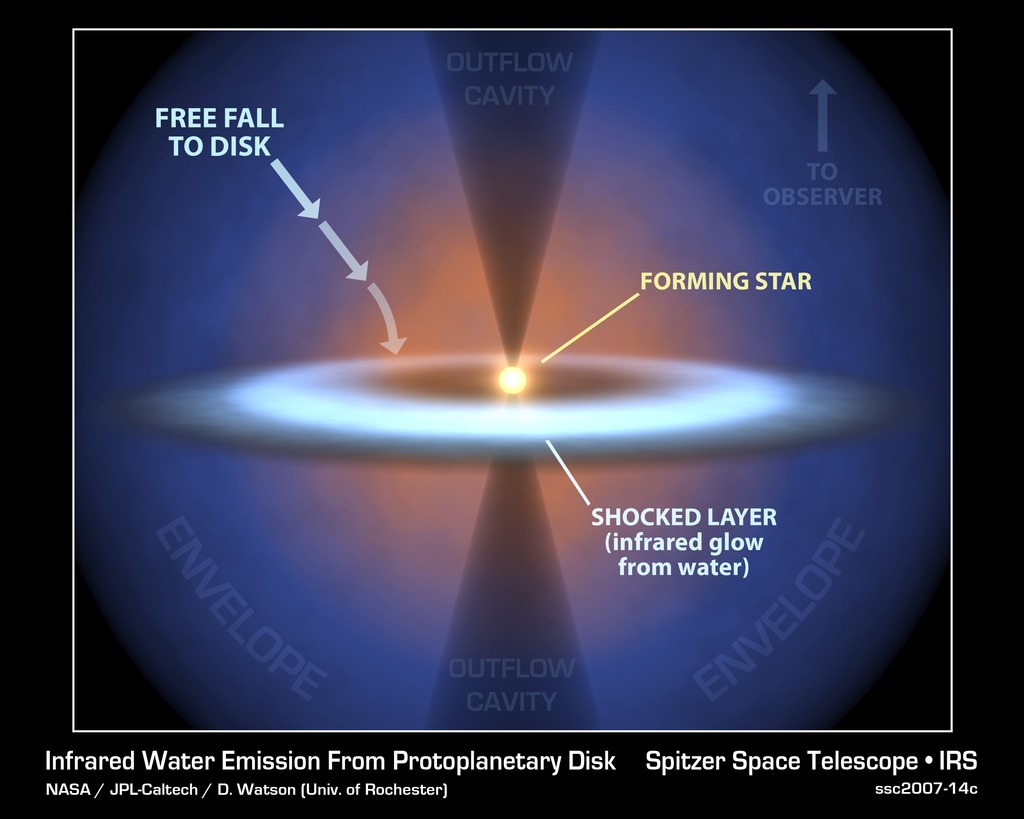 This diagram illustrates the earliest journeys of water in a young, forming star system. Stars are born out of icy cocoons of gas and dust. As the cocoon collapses under its own weight in an inside-out fashion, a stellar embryo forms at the center surrounded by a dense, dusty disk. The stellar embryo "feeds" from the disk for a few million years, while material in the disk begins to clump together to form planets.

NASA's Spitzer Space Telescope was able to probe a crucial phase of this stellar evolution -- a time when the cocoon is vigorously falling onto the pre-planetary disk. The infrared telescope detected water vapor as it smacks down on a disk circling a forming star called NGC 1333-IRAS 4B. This vapor started out as ice in the outer envelope, but vaporized upon its arrival at the disk. There is enough water vapor in the disk to fill the Earth's oceans five times over.

By analyzing the water in the system, astronomers were also able learn about other characteristics of the disk, such as its size, density and temperature.

How did Spitzer see the water vapor deep in the NGC 1333-IRAS 4B system? This is most likely because the system is oriented in just the right way, such that its thicker disk is seen face-on from our Earthly perspective. In this "face-on" orientation, Spitzer can peer through a window carved by an outflow of material from the embryonic star. This system in this drawing is shown in the opposite "edge-on" configuration. 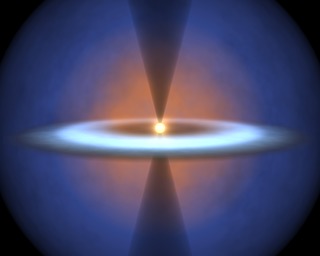