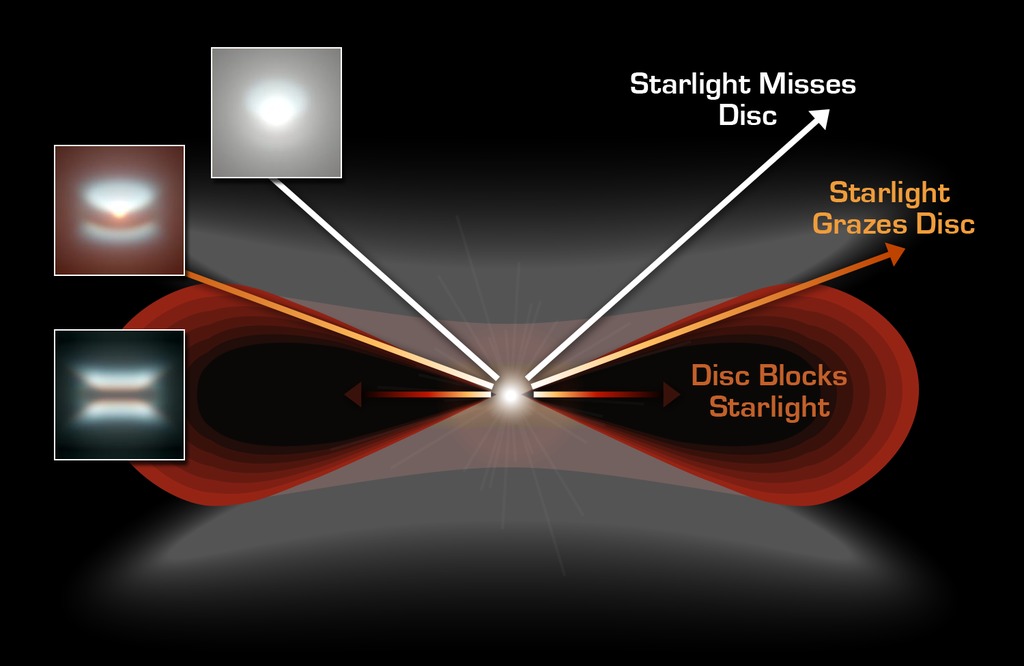 What does an extremely young planetary system look like? The answer depends on your point of view -- literally! Astronomers are very interested in the chemical composition of the inner regions of discs around young stars; after all, our own solar system formed from similar material. To probe the chemistry of different regions in the disc, you have to view the system at just the right angle.In nature, stars are randomly oriented on the sky, so even though astronomers may be looking at similar objects, the stars' angle of inclination makes them appear different. When looking at a young star system, if your line of sight looks directly down on the star, then the starlight swamps the fainter disc. If you look at the disc edge-on, thick dust in the outer disk blocks all the starlight, and again, you can't get any information about the chemistry of the disc close to the star.If, however, you hit the "sweet spot," as astronomers are calling it, light from the star just grazes the edge of the disc. In this case, the light passes through material in the disc, but is not completely absorbed by the thick dust. This allows astronomers to peer into the inner region of the disc, and sample its chemistry for the building blocks of planets and life.