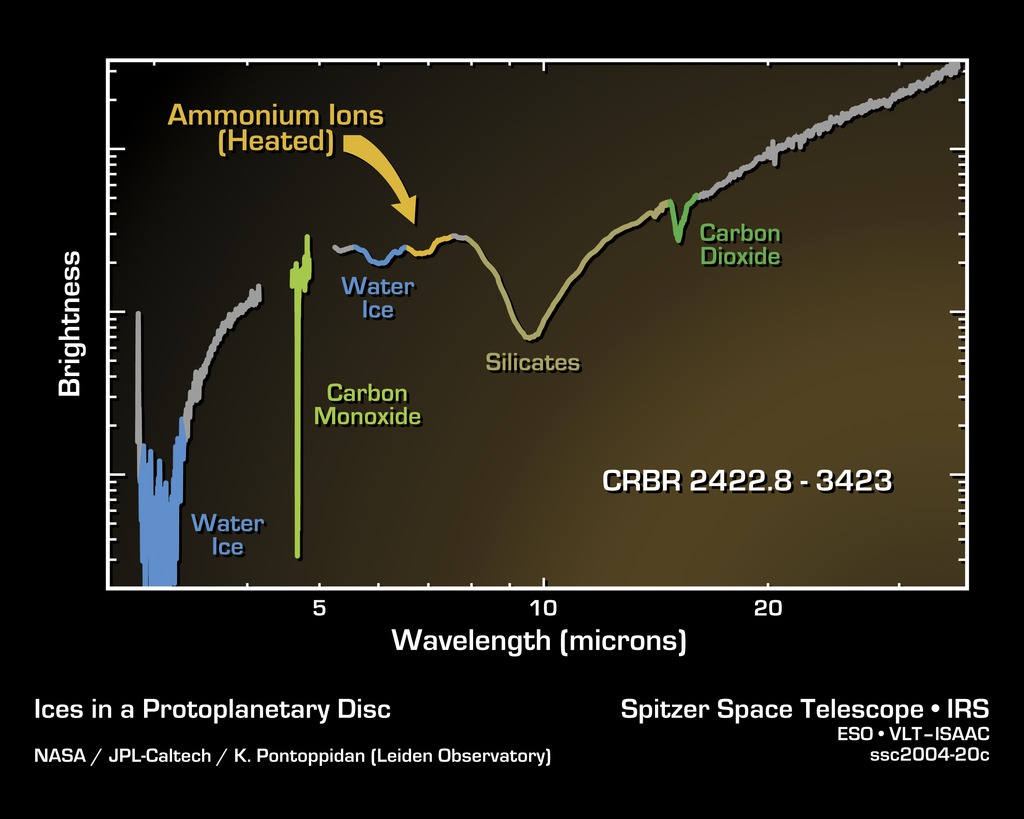 Astronomers have made the first clear detection of a variety of ices -- water, ammonium, and carbon dioxide -- in the inner planet-forming region near a young star about 120 light years away. Such an observation is only possible by combining the unique sensitivity of NASA's Spitzer Space Telescope with the fortunate alignment of this particular system.

Planet-forming discs are seen in a variety of orientations, ranging from edge-on (where the discs block the light of the star entirely) to face-on (where the disc is lost in the glare of the star). In this system, known to astronomers as CRBR 2422.8-3423, the disc lies at a unique angle. The light from the star just peeks out over the disc, like a distant sunrise, and contains clues about the disc material through which it has passed.

These observations use Spitzer's infrared spectrograph which acts much like a prism, spreading light out into its component parts, or spectrum. Astronomers study this infrared rainbow, measuring how much light from the star reaches us at different wavelengths. From this they can determine the composition of the disc.

Different ices in the disc each have their own unique infrared "colors" and will block the light in different parts of the star's spectrum. For example, the dip in the spectrum around 6 microns indicates the presence of water ice. The feature at 7 microns is caused by warmed ammonium ions and therefore must be close to the star, within the inner planet-forming region of the disc.

This result has given astronomers a new tool in probing the inner workings of planet-forming discs. By looking for other young stars with discs lined up at just the right angle, they can learn more about the stuff that formed our own solar system almost 5 billion years ago.