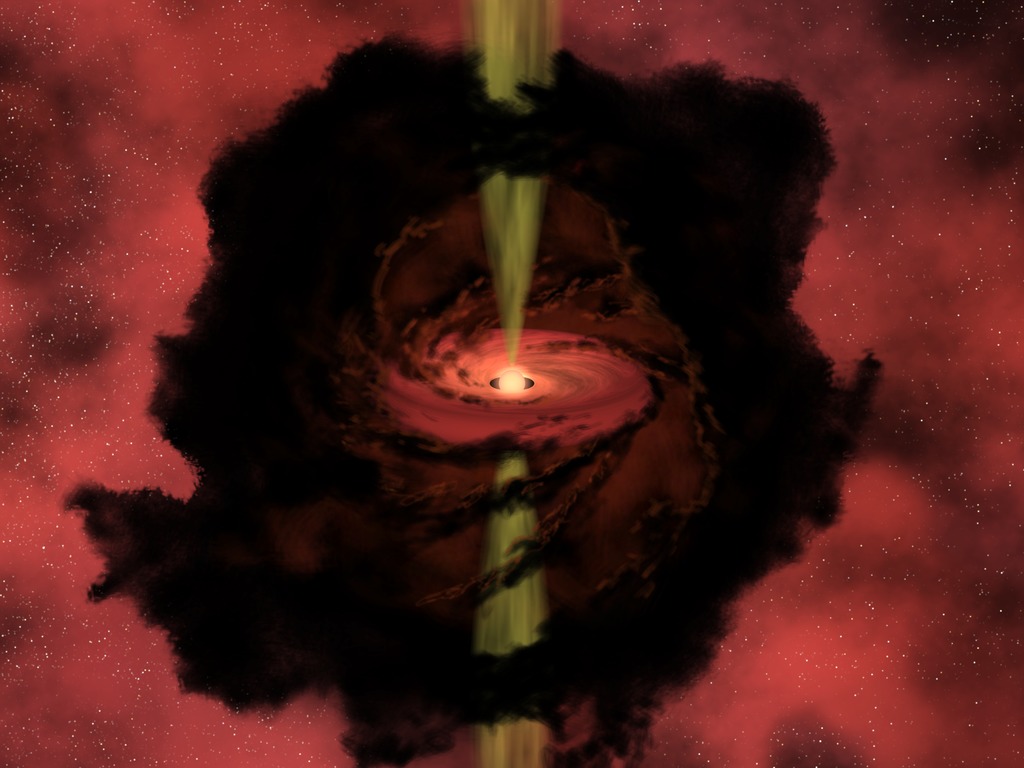 In this artist's conception, we peer through the dark dust of L1014 to witness the birth of a star. NASA's Spitzer Space Telescope has detected a faint, warm object inside the apparently starless core of a small, dense molecular cloud. If, as astronomers suspect, there is a young star deep inside the dusty core, it would have a structure similar to this illustration.Dark dust from the cloud, attracted by the gravity of the newborn star, forms a disc as it spirals inward. Often, the hidden birth of a star is heralded by bipolar outflows, jets of material moving outward from the star's poles. Although astronomers do see a faint "fan-shaped nebulosity" where they might expect the jet to be, the existence of the jet has yet to be confirmed.