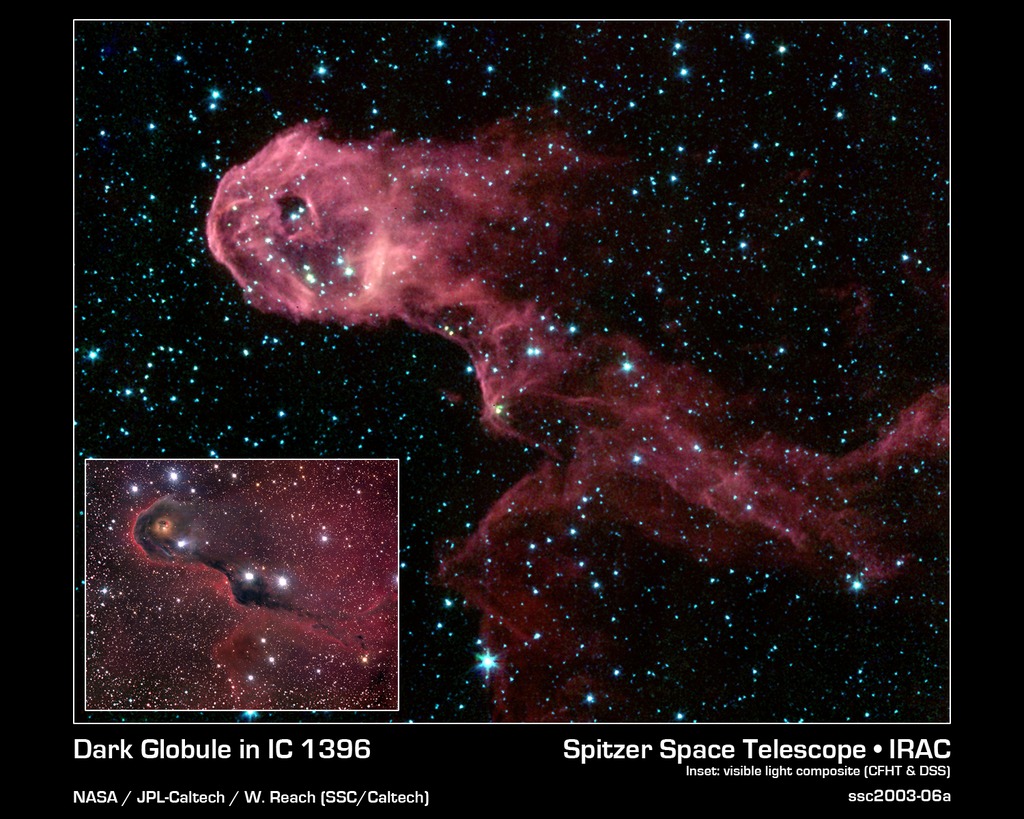 NASA's Spitzer Space Telescope image of a glowing stellar nursery provides a spectacular contrast to the opaque cloud seen in visible light. The Elephant's Trunk Nebula is an elongated dark globule within the emission nebula IC 1396 in the constellation of Cepheus. Located at a distance of 2,450 light-years, the globule is a condensation of dense gas that is barely surviving the strong ionizing radiation from a nearby massive star. The globule is being compressed by the surrounding ionized gas. The dark globule is seen in silhouette at visible-light wavelengths, backlit by the illumination of a bright star located to the left of the field of view.

The Spitzer Space Telescope pierces through the obscuration to reveal the birth of new protostars, or embryonic stars, and previously unseen young stars. The infrared image, which transforms the dark cloud into a 'flying dragon,' was obtained by Spitzer's infrared array camera. The image is a four-color composite of invisible light, showing emissions from wavelengths of 3.6 microns (blue), 4.5 microns (green), 5.8 microns (orange) and 8.0 microns (red). The filamentary appearance of the globule results from the sculpting effects of competing physical processes. The winds from a massive star, located to the left of the image, produce a dense circular rim comprising the 'head' of the globule and a swept-back tail of gas.

A pair of young stars (LkHa 349 and LkHa 349c) that formed from the dense gas has cleared a spherical cavity within the globule head. While one of these stars is significantly fainter than the other in the visible-light image, they are of comparable brightness in the infrared Spitzer image. This implies the presence of a thick and dusty disc around LkHa 349c. Such circumstellar discs are the precursors of planetary systems. They are much thicker in the early stages of stellar formation when the placental planet-forming material (gas and dust) is still present. 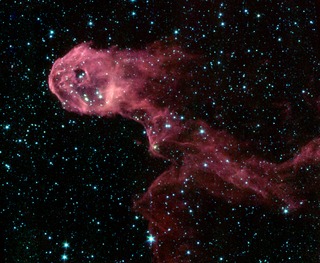 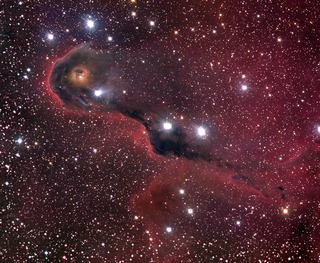