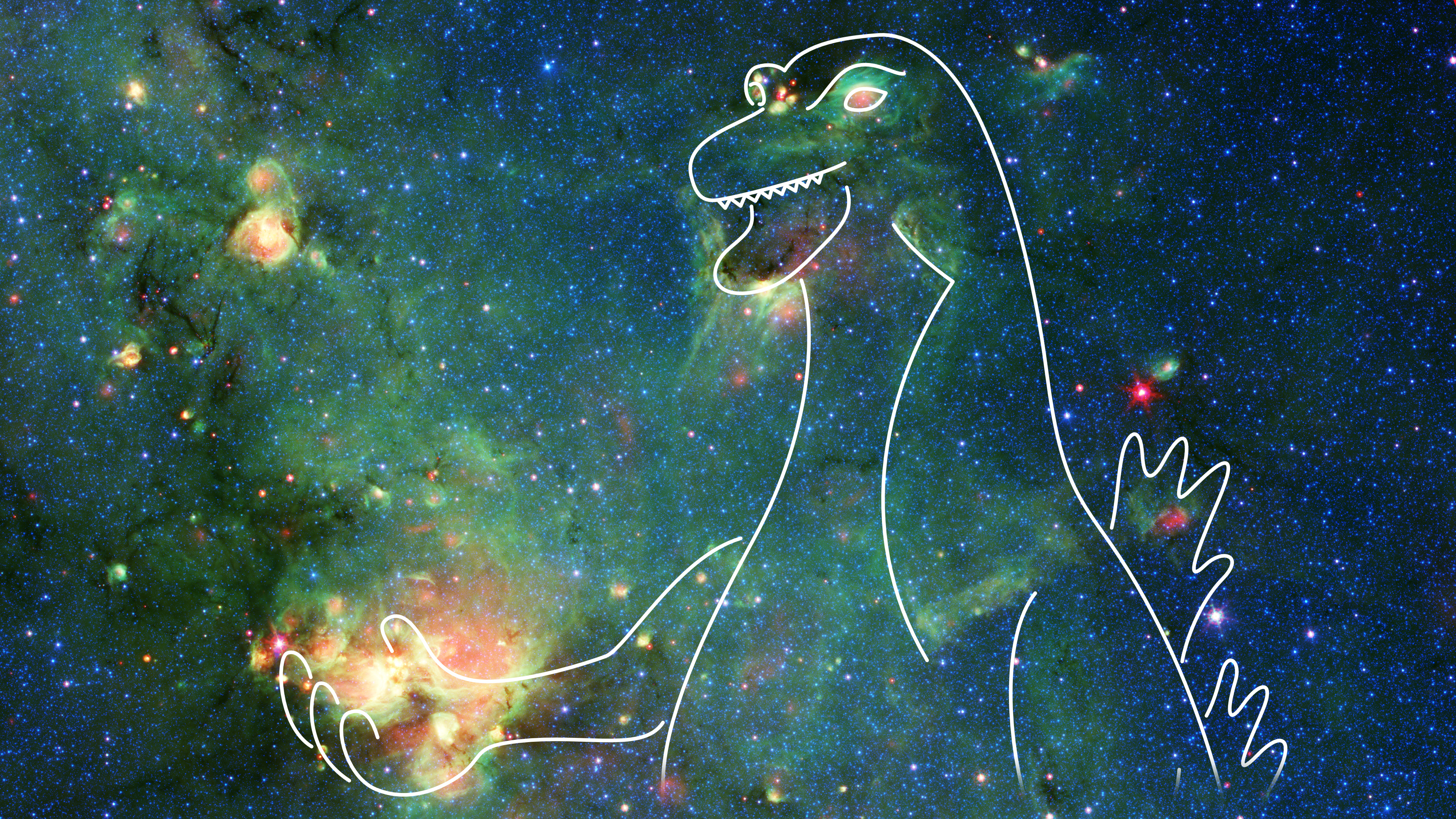 Just like clouds on Earth, clouds of gas and dust in space can sometimes resemble familiar objects, or even popular movie creatures.

NASA’s Spitzer Space Telescope imaged this cloud of gas and dust. The colors represent different wavelengths of infrared light and can reveal such features as places where radiation from stars had heated the surrounding material. Any resemblance to Godzilla is purely imaginary. Credit: NASA/JPL-Caltech

Do you see a monster in this picture? Do the bright spots near the top of the image look like the piercing eyes and elongated snout of Godzilla?

In reality, this colorful image shows a nebula – a cloud of gas and dust in space – captured by NASA’s Spitzer Space Telescope. Over billions of years, countless stars have formed in the material there. During their lifetimes, the radiation they release carves away the gas and dust, reshaping the cloud. Major changes also occur when massive stars die and explode, becoming supernovae. When viewed in visible light, the kind human eyes can detect, this region is almost entirely obscured by dust clouds. But infrared light (wavelengths longer than what our eyes can perceive) can penetrate the clouds, revealing hidden regions like this one.

This image was processed by Caltech astronomer Robert Hurt, who is responsible for the vast majority of public images created from Spitzer data since the observatory’s launch in 2003. Hurt is also the one who spotted Godzilla in the image.

“I wasn’t looking for monsters,” he said. “I just happened to glance at a region of sky that I’ve browsed many times before, but I’d never zoomed in on. Sometimes if you just crop an area differently, it brings out something that you didn’t see before. It was the eyes and mouth that roared ‘Godzilla’ to me.”

Hurt isn’t alone in his tendency to see Earth-bound objects in pictures of the cosmos. Pareidolia is the scientific name for the human tendency to perceive a specific, often meaningful image in a random or ambiguous visual pattern. Other scientists have spied a black widow spider, a Jack-o-Lantern, a snake, an exposed human brain, and the Starship Enterprise, among other things, in Spitzer images.

Managed by NASA’s Jet Propulsion Laboratory in Southern California, the Spitzer spacecraft was retired in January 2020, but scientists continue to mine its massive dataset for new information about the universe. And Hurt continues to look for engaging images.

“It’s one of the ways that we want people to connect with the incredible work that Spitzer did,” he said. “I look for compelling areas that can really tell a story. Sometimes it’s a story about how stars and planets form, and sometimes it’s about a giant monster rampaging through Tokyo.”

The Godzilla-like nebula is located is in the constellation Sagittarius, along the plane of the Milky Way, which was part of Spitzer’s GLIMPSE Survey (short for Galactic Legacy Infrared Mid-Plane Survey Extraordinaire). Stars in the upper right (where this cosmic Godzilla’s eyes and snout would be) are an unknown distance from Earth but within our galaxy. Located about 7,800 light-years from Earth, the bright region in the lower left (Godzilla’s right hand) is known as W33.

Not convinced this dramatic star-forming region looks like Godzilla? You can draw your own cosmic creature with the Spitzer Artistronomy web app. New nebulae, including this one, were added to the app this month. The app features drawing tools and pictures of nine nebulae captured by Spitzer, so users can illustrate their own visions of cosmic creatures. Spitzer’s infrared view of the universe made it particularly apt at finding nebulae that were too cold to radiate visible light, or those that were hidden behind dust clouds.

The entire body of scientific data collected by Spitzer during its lifetime is available to the public via the Spitzer data archive, housed at the Infrared Science Archive at IPAC at Caltech in Pasadena, California. JPL, a division of Caltech, managed Spitzer mission operations for NASA's Science Mission Directorate in Washington. Science operations were conducted at the Spitzer Science Center at IPAC at Caltech. Spacecraft operations were based at Lockheed Martin Space in Littleton, Colorado. 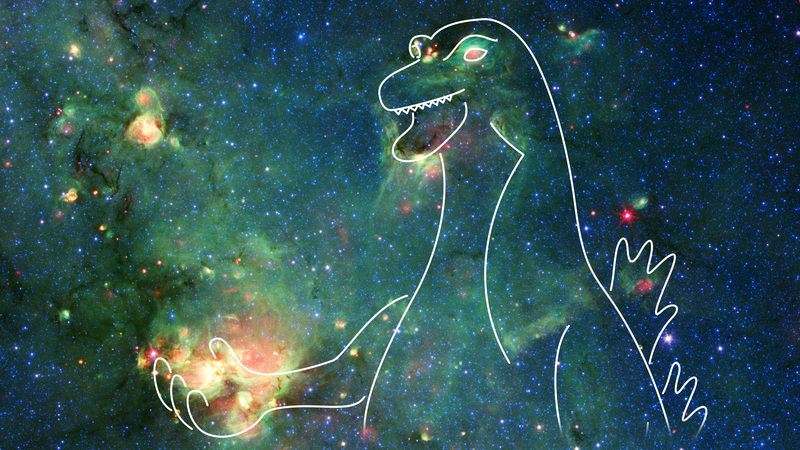 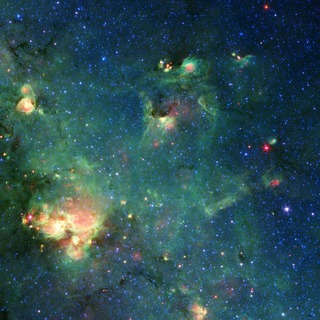