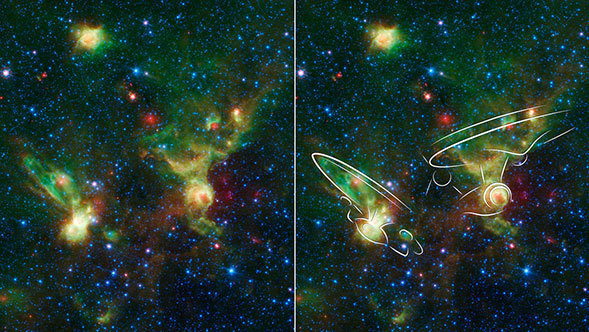 On the right of the image, with a little scrutiny, you may see hints of the saucer and hull of the original USS Enterprise, captained by James T. Kirk, as if it were emerging from a dark nebula. To the left, its "Next Generation" successor, Jean-Luc Picard's Enterprise-D, flies off in the opposite direction.

Astronomically speaking, the region pictured in the image falls within the disk of our Milky Way galaxy and displays two regions of star formation hidden behind a haze of dust when viewed in visible light. Spitzer's ability to peer deeper into dust clouds has revealed a myriad of stellar birthplaces like these, which are officially known only by their catalog numbers, IRAS 19340+2016 and IRAS19343+2026. 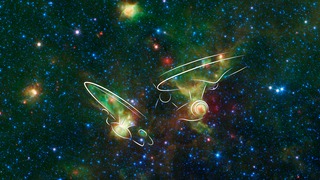 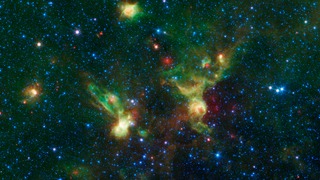 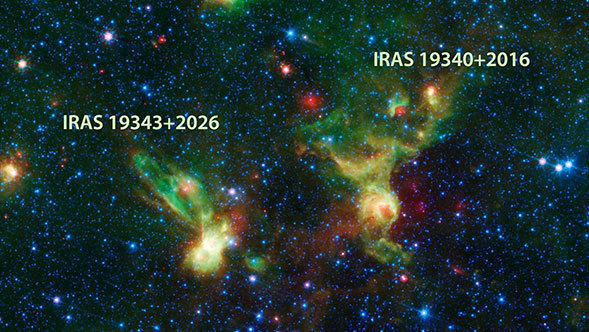 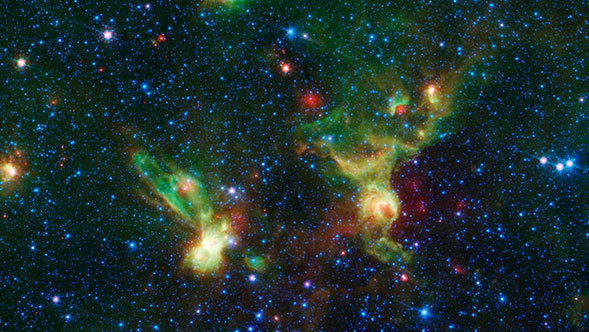