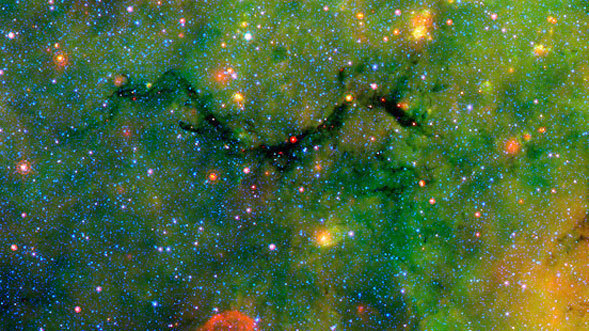 "The snake is an ideal place to hunt for massive forming stars as they have not had time to heat up and destroy the cloud they are born in," said Dr. Sean Carey, also known as "Dr. Scarey," of NASA's Spitzer Science Center. Dr. Scarey, who is leading the new research, was also principal investigator of a previous Halloween image from Spitzer, showing a "great galactic ghoul."

Spitzer was able to spot the sinuous cloud using its heat-seeking infrared vision. The object is hiding in the dusty plane of our Milky Way galaxy, invisible to optical telescopes. Because its heat, or infrared light, can sneak through the dust, it first showed up in infrared images from past missions. The cloud is so thick with dust that if you were to somehow transport yourself into the middle of it, you would see nothing but black, not even a star in the sky. Now, that's spooky!

Spitzer's new view of the snake provides the best look at what lurks inside. The yellow and orange spots located on and around it are massive stars just beginning to take shape. The bright red spot located on its belly is a monstrous stellar embryo, with about 20 to 50 times the mass of our sun.

Astronomers say these observations will ultimately help them better understand how massive stars form. By studying the clustering and range of masses of the stellar embryos, they hope to determine if the stars were born in the same way that our low-mass sun was formed -- out of a collapsing cloud of gas and dust -- or by another mechanism in which the environment plays a larger role.

The snake is located about 11,000 light-years away in the constellation Sagittarius. 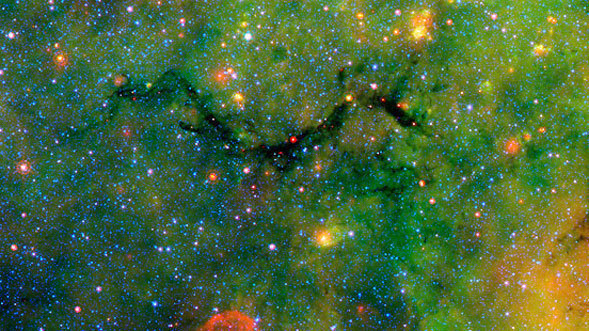 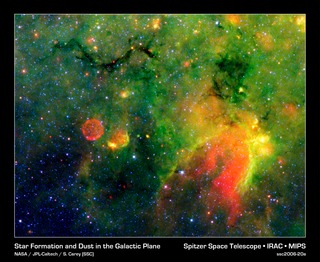 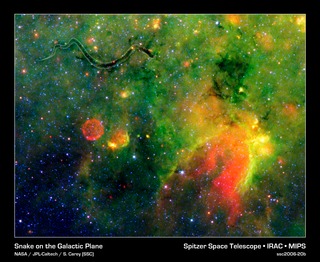 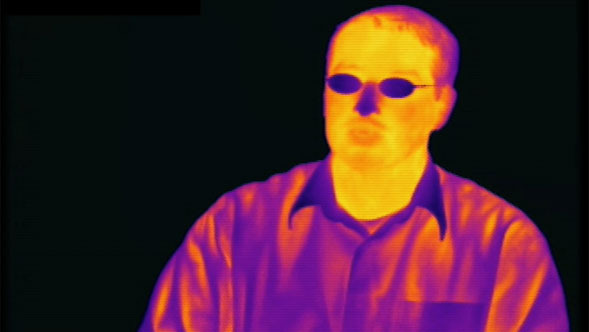