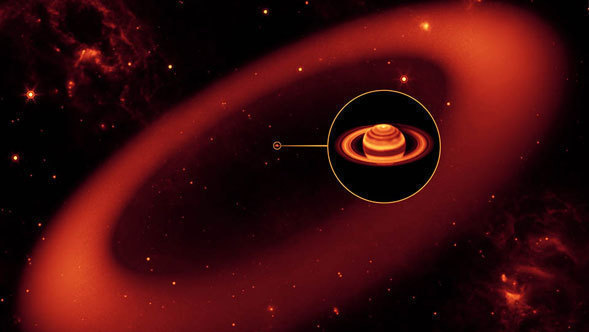 PASADENA, Calif. – NASA's Spitzer Space Telescope has discovered an enormous ring around Saturn –€” by far the largest of the giant planet's many rings.

The new belt lies at the far reaches of the Saturnian system, with an orbit tilted 27 degrees from the main ring plane. The bulk of its material starts about six million kilometers (3.7 million miles) away from the planet and extends outward roughly another 12 million kilometers (7.4 million miles). One of Saturn's farthest moons, Phoebe, circles within the newfound ring, and is likely the source of its material.

Saturn's newest halo is thick, too –€” its vertical height is about 20 times the diameter of the planet. It would take about one billion Earths stacked together to fill the ring.

The ring itself is tenuous, made up of a thin array of ice and dust particles. Spitzer's infrared eyes were able to spot the glow of the band's cool dust. The telescope, launched in 2003, is currently 107 million kilometers (66 million miles) from Earth in orbit around the sun.

The discovery may help solve an age-old riddle of one of Saturn's moons. Iapetus has a strange appearance –€” one side is bright and the other is really dark, in a pattern that resembles the yin-yang symbol. The astronomer Giovanni Cassini first spotted the moon in 1671, and years later figured out it has a dark side, now named Cassini Regio in his honor. A stunning picture of Iapetus taken by NASA's Cassini spacecraft is online at http://photojournal.jpl.nasa.gov/catalog/PIA08384.

Saturn's newest addition could explain how Cassini Regio came to be. The ring is circling in the same direction as Phoebe, while Iapetus, the other rings and most of Saturn's moons are all going the opposite way. According to the scientists, some of the dark and dusty material from the outer ring moves inward toward Iapetus, slamming the icy moon like bugs on a windshield.

"Astronomers have long suspected that there is a connection between Saturn's outer moon Phoebe and the dark material on Iapetus," said Hamilton. "This new ring provides convincing evidence of that relationship."

Verbiscer and her colleagues used Spitzer's longer-wavelength infrared camera, called the multiband imaging photometer, to scan through a patch of sky far from Saturn and a bit inside Phoebe's orbit. The astronomers had a hunch that Phoebe might be circling around in a belt of dust kicked up from its minor collisions with comets –€” a process similar to that around stars with dusty disks of planetary debris. Sure enough, when the scientists took a first look at their Spitzer data, a band of dust jumped out.

The ring would be difficult to see with visible-light telescopes. Its particles are diffuse and may even extend beyond the bulk of the ring material all the way in to Saturn and all the way out to interplanetary space. The relatively small numbers of particles in the ring wouldn't reflect much visible light, especially out at Saturn where sunlight is weak.

"The particles are so far apart that if you were to stand in the ring, you wouldn't even know it," said Verbiscer.

Spitzer was able to sense the glow of the cool dust, which is only about 80 Kelvin (minus 316 degrees Fahrenheit). Cool objects shine with infrared, or thermal radiation; for example, even a cup of ice cream is blazing with infrared light. "By focusing on the glow of the ring's cool dust, Spitzer made it easy to find," said Verbiscer.

These observations were made before Spitzer ran out of coolant in May and began its "warm" mission. 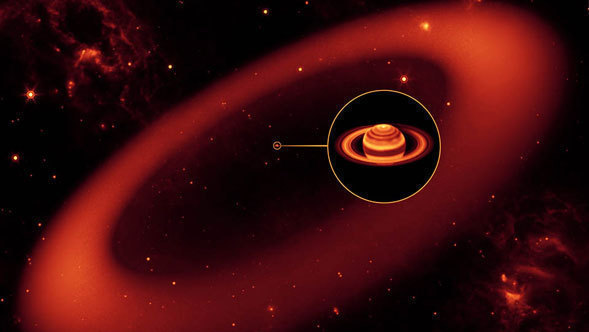 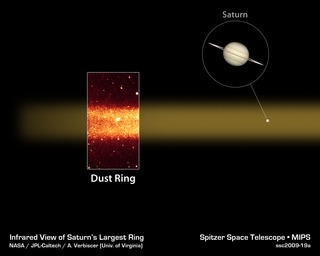 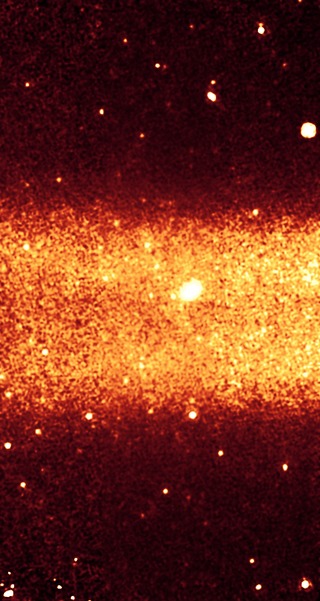 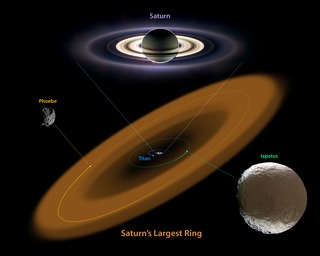 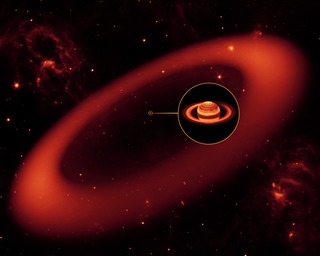 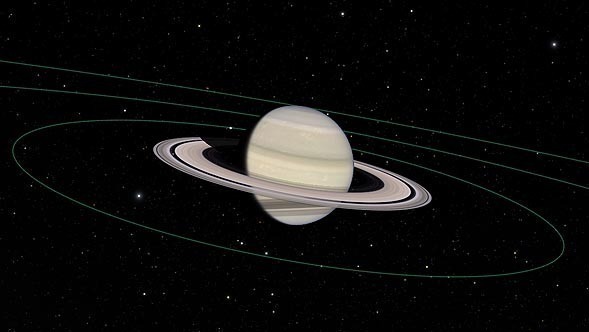 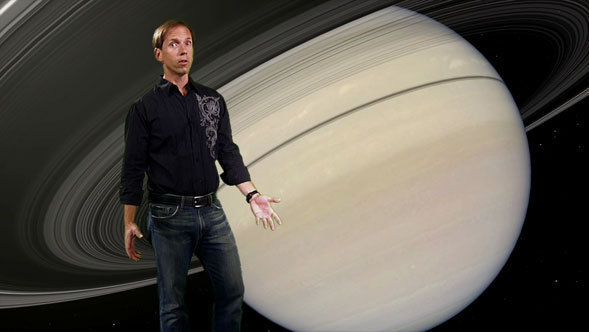