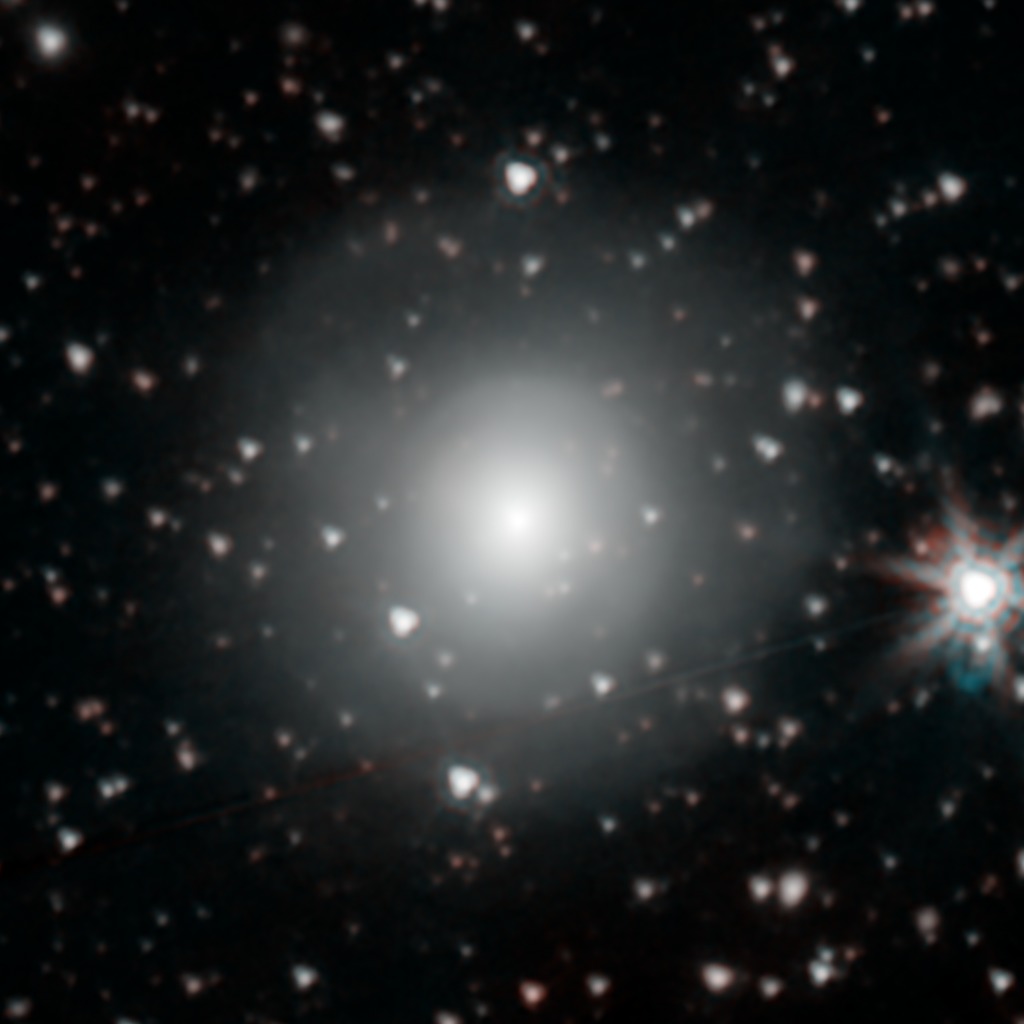 This image is a color composite of the 3.6 and 4.5 micron channels of the Spitzer IRAC instrument, rendered in cyan and red. The faint light from the explosion is to faint to be easily seen mixed in the light of the other stars in the galaxy. 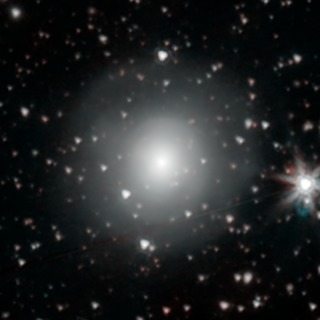 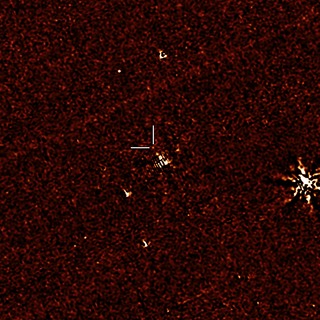