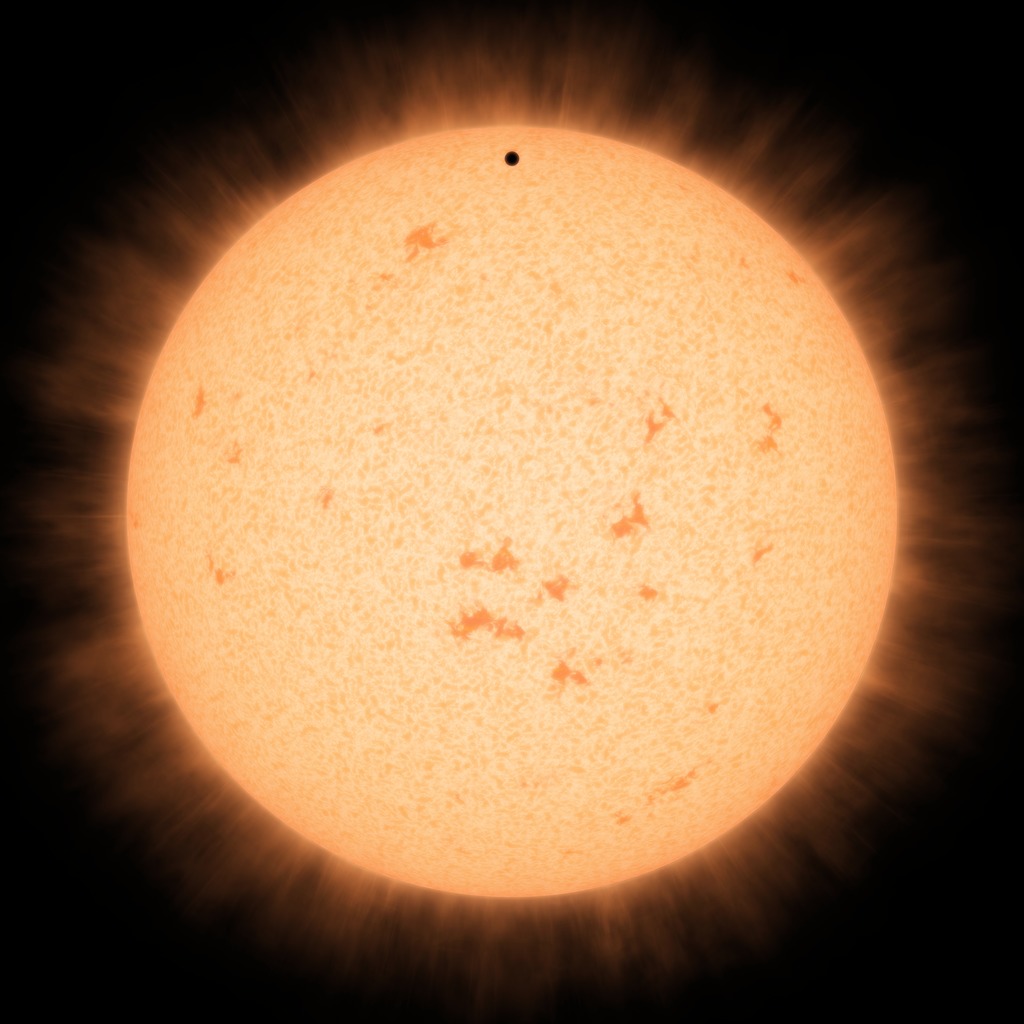 This artist's conception shows the silhouette of a rocky planet, dubbed HD 219134b, as it passes in front of its star. At 21 light-years away, the planet is the closest outside of our solar system that can be seen crossing, or transiting, its star -- a bonus for astronomers because transiting planets make ideal specimens for detailed studies of their atmospheres. It was discovered using the HARPS-North instrument on the Italian 3.6-meter National Galileo Telescope in the Canary Islands, and NASA's Spitzer Space Telescope.

The planet, which is about 1.6 times the size of Earth, is also the nearest confirmed rocky planet outside our solar system. It orbits a star that is cooler and smaller than our sun, whipping closely around it in a mere three days. The proximity of the planet to the star means that it would be scorching hot and not habitable.

Transiting planets are ideal targets for astronomers wanting to know more about planetary compositions and atmospheres. As a planet passes in front of its star, it causes the starlight to dim, and telescopes can measure this effect. If molecules are present in the planet's atmosphere, they can absorb certain wavelengths of light, leaving imprints in the starlight. This type of technique will be used in the future to investigate potentially habitable planets and search for signs of life.