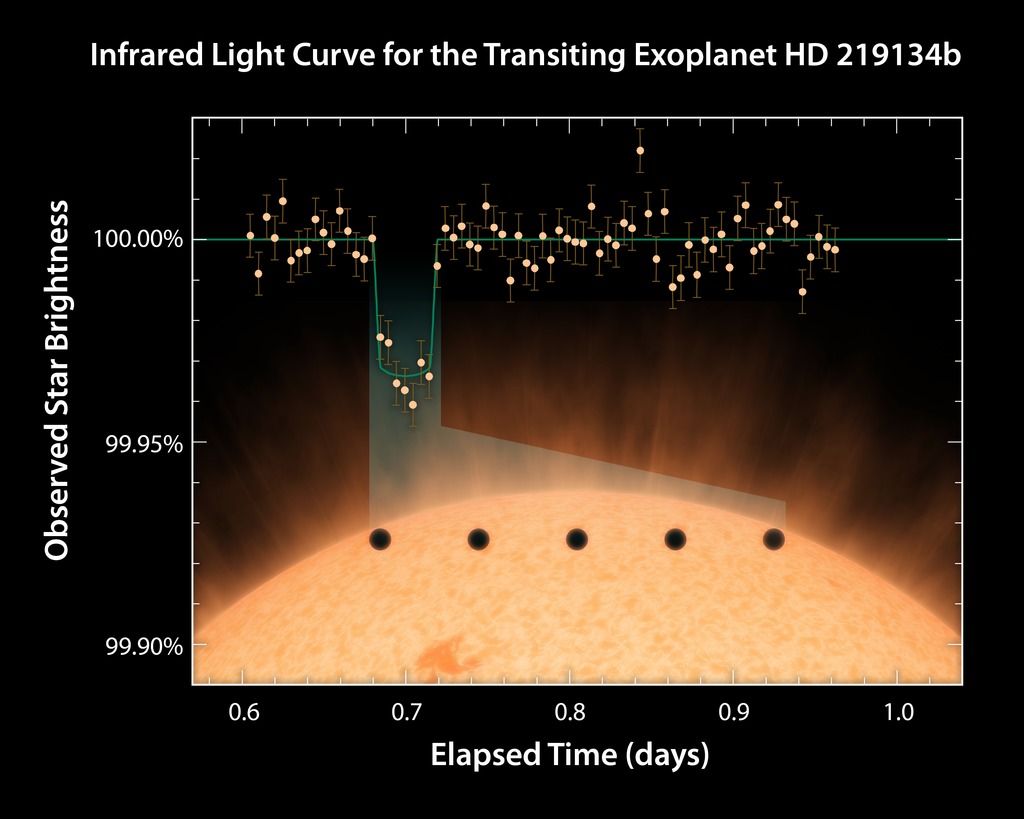 This plot captures the nearest known rocky exoplanet, dubbed HD 219134b, in the act of passing in front of its star. The data were obtained in infrared light using NASAs Spitzer Space Telescope. By carefully measuring the brightness of the star over several hours Spitzer easily detected the faint decrease in light that occurred when the planets disk blocked a tiny portion of the stars light.

Even though the planet is 1.6 times the size of Earth, it still only accounts for less than a 0.04% reduction in the total light of the star during its transit. Since the host star is only 21 light years away it is quite bright and can even be seen with the naked eye, making it much easier to measure such a small change in brightness compared to other known transiting exoplanets that are much further away.

The artwork accurately depicts the relative scale of the planet with respect to the star and the calculated path of the transit near the edge of the star's disk.

Transiting planets are ideal targets for astronomers wanting to know more about their compositions and atmospheres. If molecules are present in the planet's atmosphere, they can absorb certain wavelengths of light, leaving imprints in the stars light during the transit. This type of technique also will be used in the future to investigate potentially habitable planets and search for signs of life.

Now in its 11th year of operation, Spitzer has become an important tool for astronomers studying planets orbiting other stars.