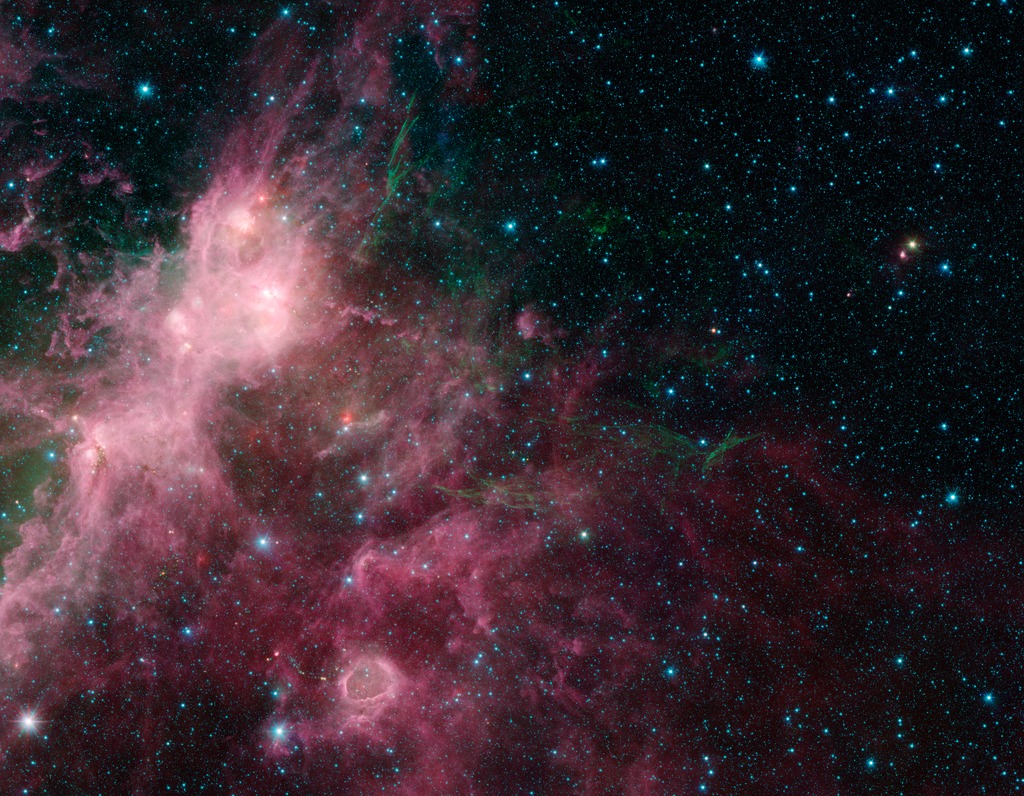 In what may look to some like an undersea image of coral and seaweed, a new image from NASA's Spitzer Space Telescope is showing the birth and death of stars. In this view, infrared data from Spitzer are green and blue, while longer-wavelength infrared light from NASA's Wide-field Infrared Survey Explorer (WISE) are red.

The stringy, seaweed-like filaments are the blown out remnants of a star that exploded in a supernova. The billowy clouds seen in pink are sites of massive star formation. Clusters of massive stars can be seen lighting up the clouds, and a bubble carved out from massive stars is seen near the bottom.

This region contains portions of what are known as the W3 and W5 star-forming regions.

In this image, Spitzer's 3.6- and 4.5-micron data are blue and green, respectively, while WISE's 12-micron data are red. The Spitzer data were taken as part of the mission's Galactic Legacy Infrared Mid-Plane Survey Extraordinaire 360, or Glimpse 360 project, which is pointing the Spitzer Space Telescope away from the galactic center to complete a full 360-degree scan of the Milky Way plane.

WISE all-sky observations are boosting Spitzer's imaging capabilities by providing the longer-wavelength infrared coverage the mission lost when it ran out of coolant, as planned, in 2009.