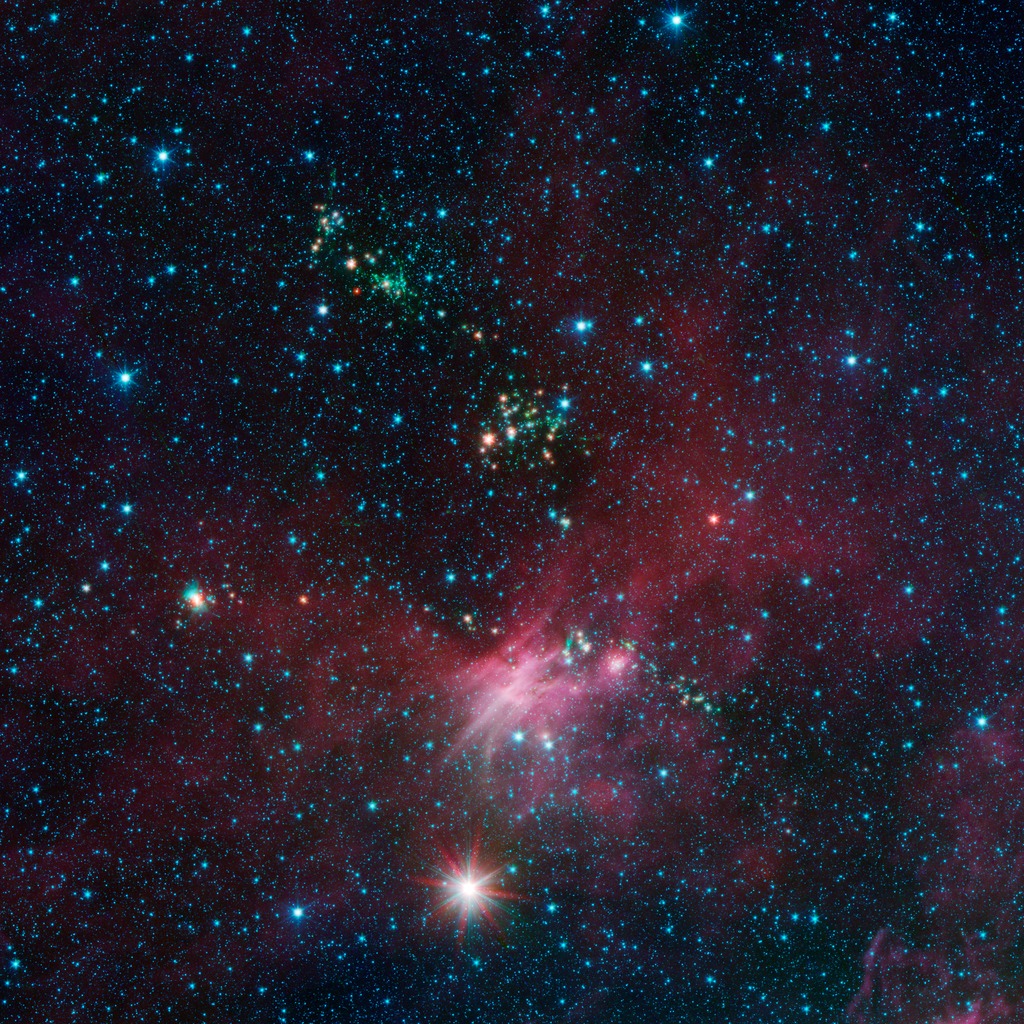 Dozens of newborn stars sprouting jets from their dusty cocoons have been spotted in images from NASA's Spitzer Space Telescope. In this view showing a portion of sky near Canis Major, infrared data from Spitzer are green and blue, while longer-wavelength infrared light from NASA's Wide-field Infrared Survey Explorer (WISE) are red.

The jets appear in green, while young stars are a yellow-orange hue. Some of the jets can be seen as streaks, while others appear as blobs because only portions of the jet can be seen. In some cases, the stars producing jets can't be seen while their jets can. Those stars are so embedded in their dusty cocoon that they are too faint to be seen at Spitzer's wavelengths.

This is a lesser-known region of star formation, located near the outer edge of our Milky Way galaxy. Spitzer is showing that even these more sparse regions of the galaxy are aglow with stellar youth.

The pink hues are from organic star-forming molecules called polycyclic aromatic hydrocarbons. Stars in the pink regions are a bit older than the rambunctious ones spewing jets, but still relatively young in cosmic terms.

In this image, Spitzer's 3.6- and 4.5-micron data are blue and green, respectively, while WISE's 12-micron data are red. The Spitzer data were taken as part of the mission's Galactic Legacy Infrared Mid-Plane Survey Extraordinaire 360, or Glimpse 360 project, which is pointing the Spitzer Space telescope away from the galactic center to complete a full 360-degree scan of the Milky Way plane.

WISE all-sky observations are boosting Spitzer's imaging capabilities by providing the longer-wavelength infrared coverage the mission lost when it ran out of coolant, as planned, in 2009.