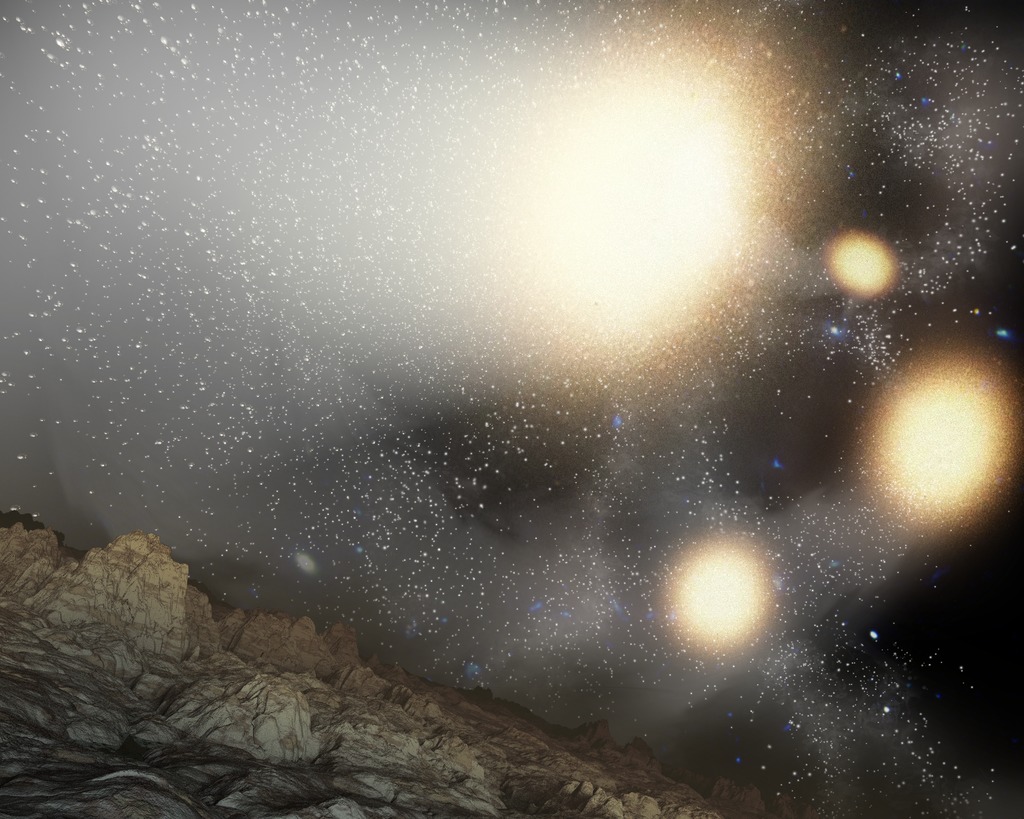 This artist's concept shows what the night sky might look like from a hypothetical planet around a star tossed out of an ongoing four-way collision between big galaxies (yellow blobs). NASA's Spitzer Space Telescope spotted this "quadruple merger" of galaxies within a larger cluster of galaxies located nearly 5 billion light-years away.

Though the galaxies appear intact, gravitational disturbances have caused them to stretch and twist, flinging billions of stars into space -- nearly three times as many stars as are in our Milky Way galaxy. The tossed stars are visible in the large plume emanating from the central, largest galaxy. If any of these stars have planets, their night skies would be filled with the monstrous merger, along with other galaxies in the cluster (smaller, bluish blobs).

This cosmic smash-up is the largest known merger between galaxies of a similar size. While three of the galaxies are about the size of our Milky Way galaxy, the fourth (center of image) is three times as big. All four of the galaxies, as well as most other galaxies in the huge cluster, are blob-shaped ellipticals instead of spirals like the Milky Way.

Ultimately, in about one hundred million years or so, the four galaxies will unite into one. About half of the stars kicked out during the merger will fall back and join the new galaxy, making it one of the biggest galaxies in the Universe. 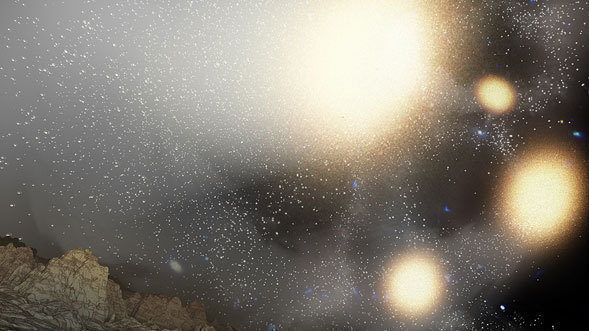 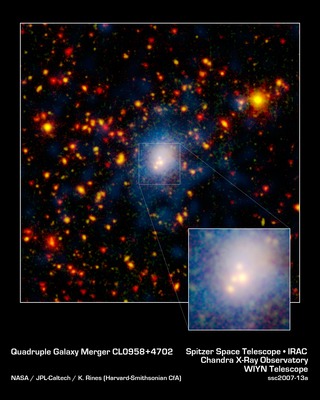 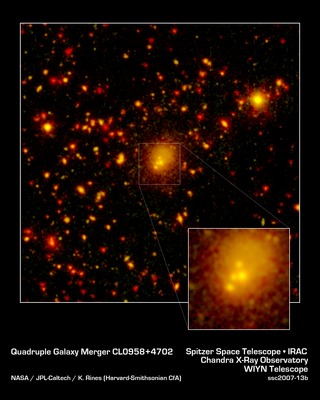 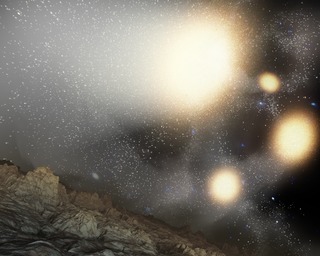 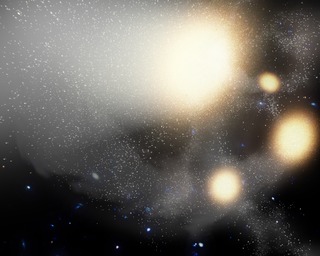