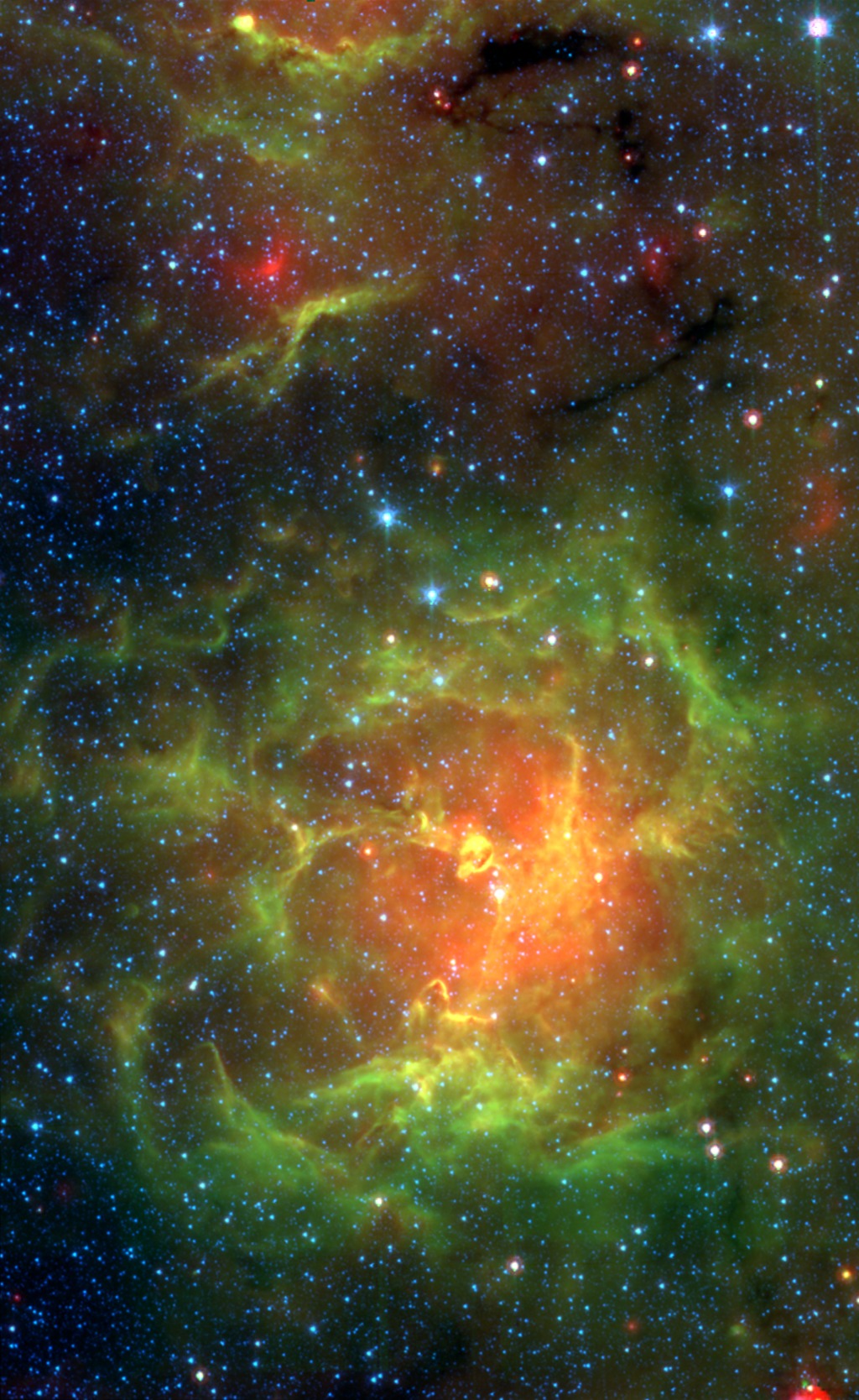 The glowing Trifid Nebula is revealed with near- and mid-infrared views from NASA's Spitzer Space Telescope. The Trifid Nebula is a giant star-forming cloud of gas and dust located 5,400 light-years away in the constellation Sagittarius.

The false-color Spitzer image reveals a different side of the Trifid Nebula. Where dark lanes of dust are visible trisecting the nebula in a visible-light picture, bright regions of star-forming activity are seen in the Spitzer picture. All together, Spitzer uncovered 30 massive embryonic stars and 120 smaller newborn stars throughout the Trifid Nebula, in both its dark lanes and luminous clouds. These stars are visible in the Spitzer image, mainly as yellow or red spots. Embryonic stars are developing stars about to burst into existence.

Ten of the 30 massive embryos discovered by Spitzer were found in four dark cores, or stellar "incubators," where stars are born. Astronomers using data from the Institute of Radioastronomy millimeter telescope in Spain had previously identified these cores but thought they were not quite ripe for stars. Spitzer's highly sensitive infrared eyes were able to penetrate all four cores to reveal rapidly growing embryos.

Astronomers can actually count the individual embryos tucked inside the cores by looking closely at the Spitzer image taken by its infrared array camera (IRAC). This instrument has the highest spatial resolution of Spitzer's imaging cameras. The Spitzer image from the multiband imaging photometer (MIPS), on the other hand, specializes in detecting cooler materials. Its view highlights the relatively cool core material falling onto the Trifid's growing embryos. This image is a combination of Spitzer data from both of these instruments.

The embryos are thought to have been triggered by a massive "type O" star, which can be seen as a white spot at the center of the nebula. Type O stars are the most massive stars, ending their brief lives in explosive supernovas. The small newborn stars probably arose at the same time as the O star, and from the same original cloud of gas and dust. 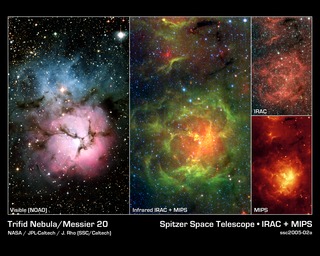 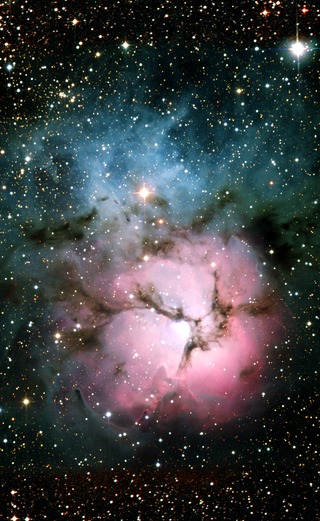 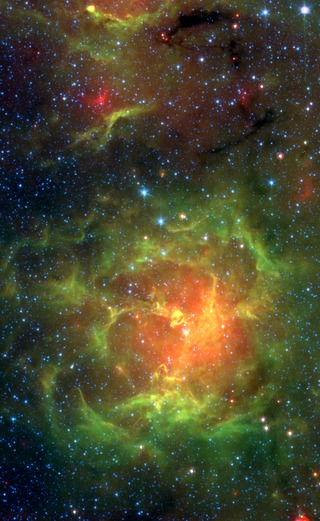 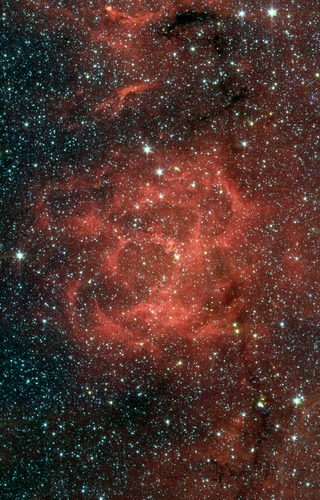 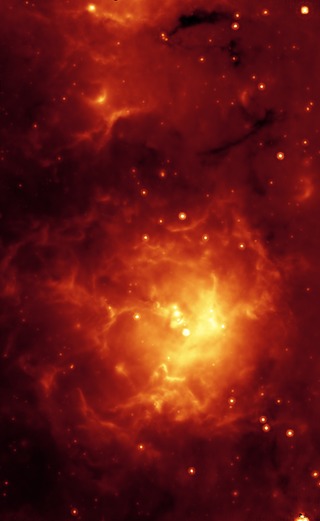