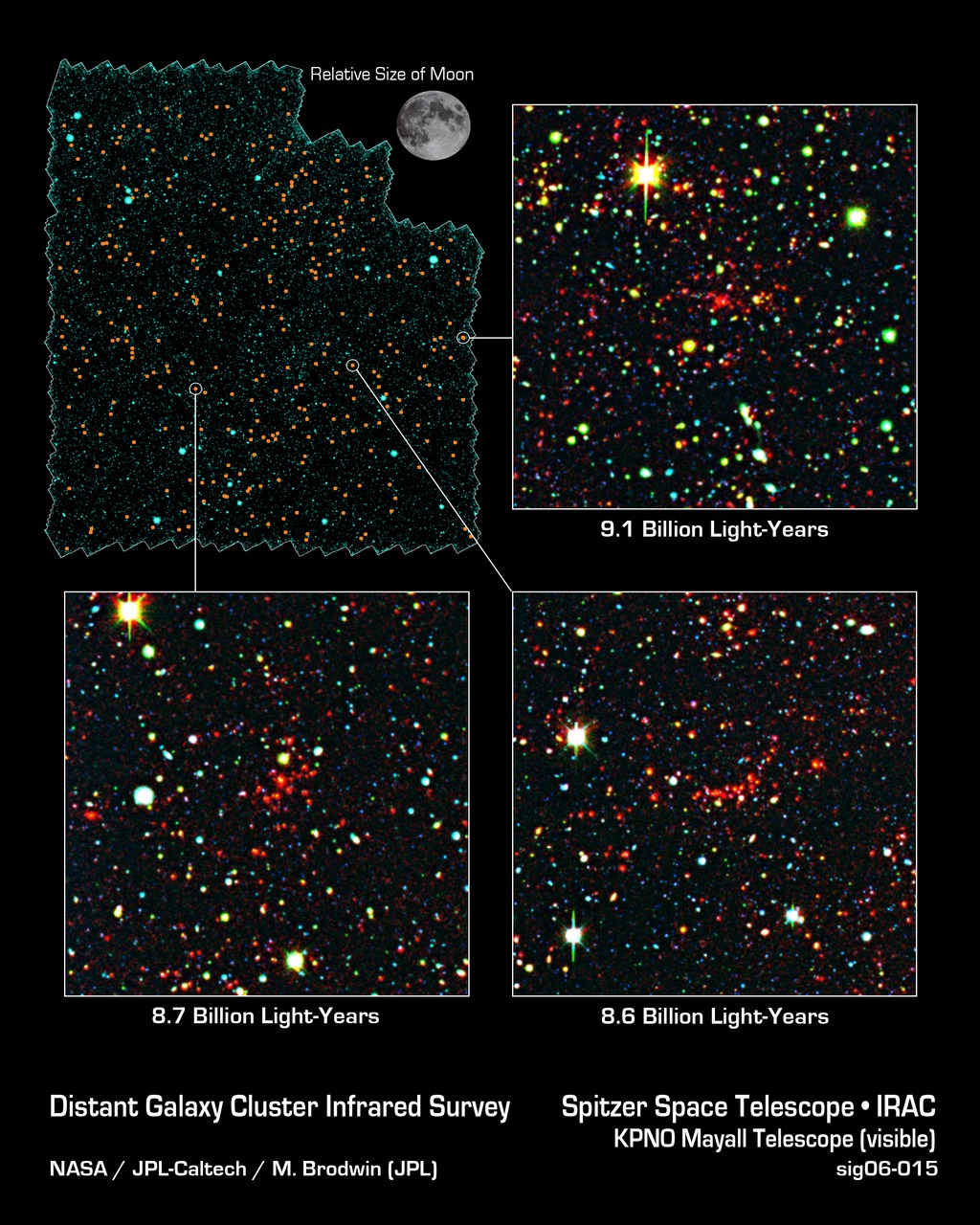 A mosaic portraying a bird's eye view of the field in which the distant clusters were found is shown at upper left. It spans a region of sky 40 times larger than that covered by the full moon as seen from Earth. Thousands of individual images from Spitzer's infrared array camera instrument were stitched together to create this mosaic. The distant clusters are marked with orange dots.

Close-up images of three of the distant galaxy clusters are shown in the adjoining panels. The clusters appear as a concentration of red dots near the center of each image. These images reveal the galaxies as they were over 8 billion years ago, since that's how long their light took to reach Earth and Spitzer's infrared eyes.

These pictures are composites, combining ground-based optical images captured by the Mosaic-I camera on the Mayall 4-meter telescope at Kitt Peak, with infrared pictures taken by Spitzer's infrared array camera. Blue and green represent visible light at wavelengths of 0.4 microns and 0.8 microns, respectively, while red indicates infrared light at 4.5 microns. 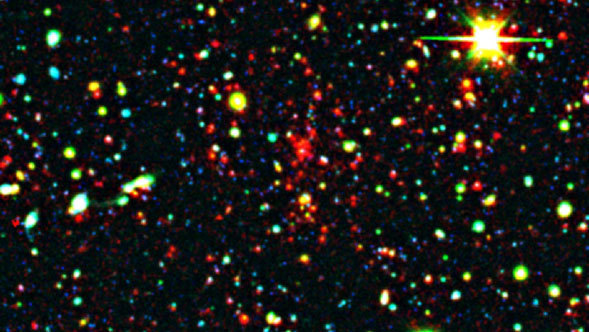 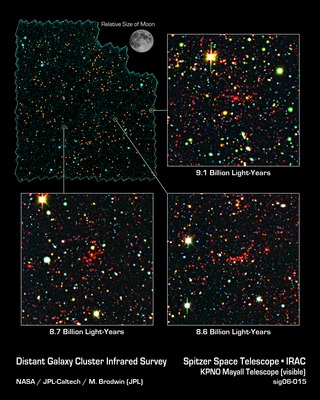 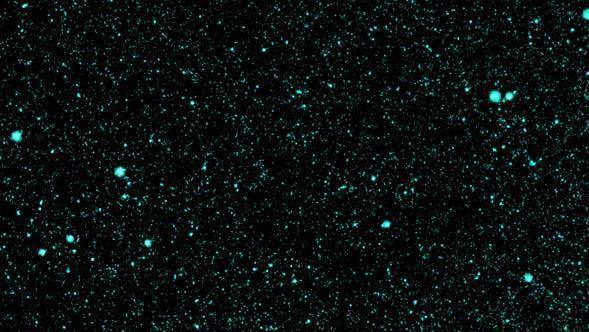 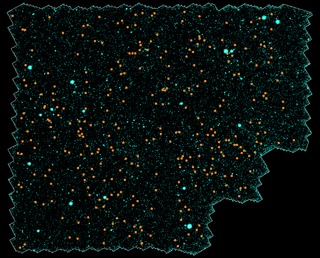 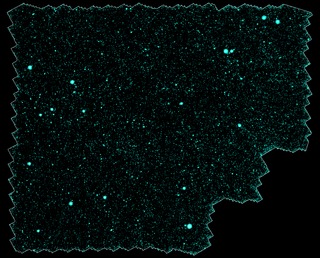 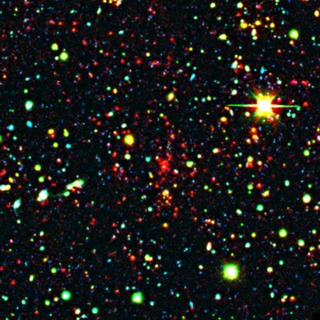 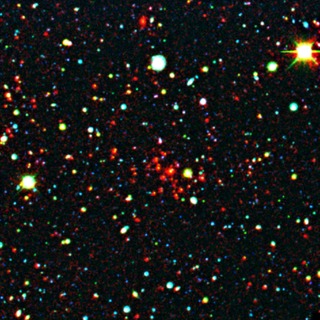 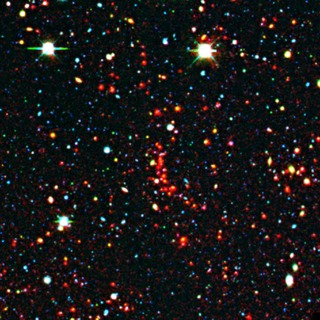