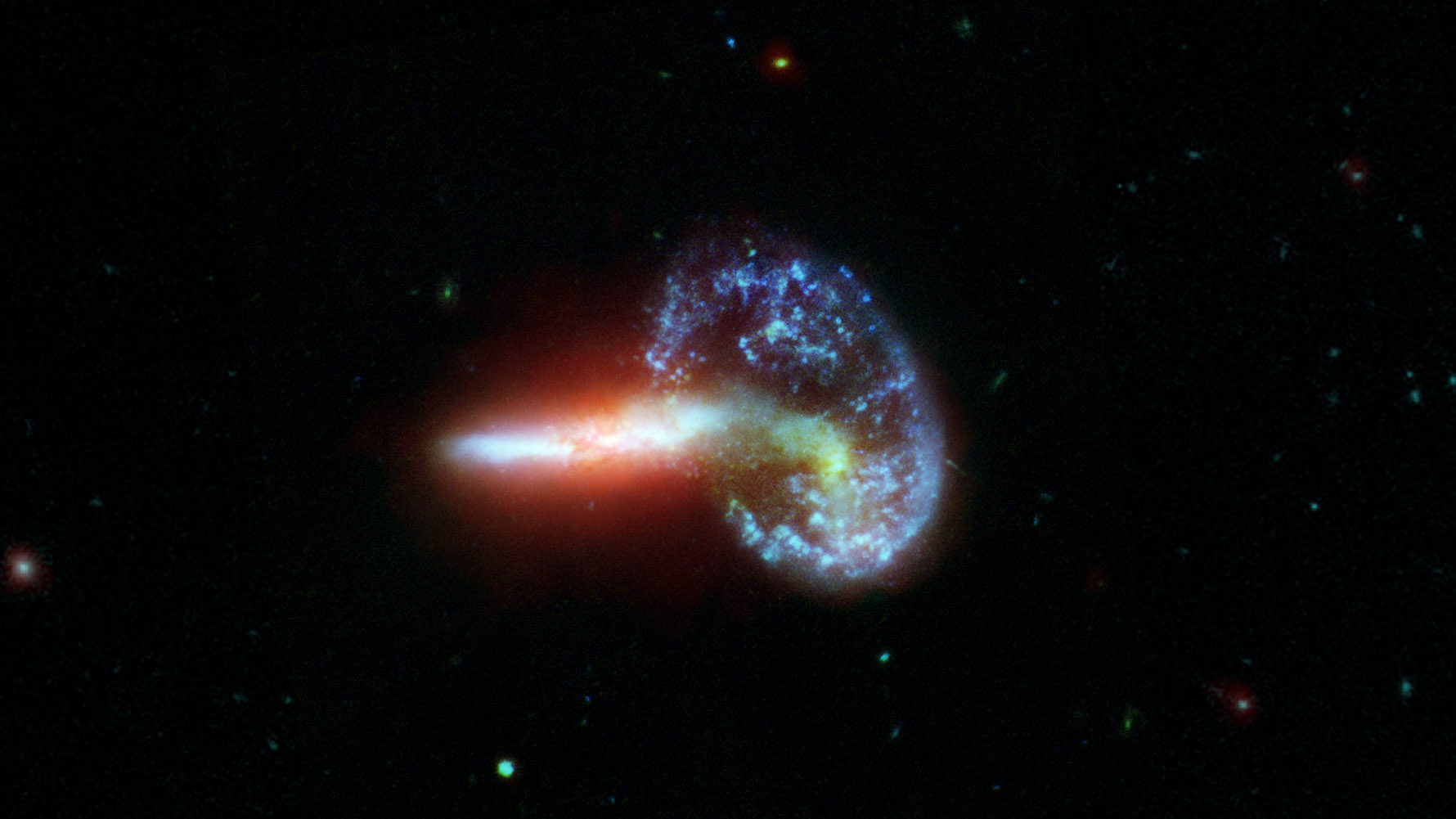 You’d think that supernovae – the death throes of massive stars and among the brightest, most powerful explosions in the universe – would be hard to miss. Yet the number of these blasts observed in the distant parts of the universe falls way short of astrophysicists’ predictions.

A new study using data from NASA’s recently retired Spitzer Space Telescope reports the detection of five supernovae that, going undetected in optical light, had never been seen before. Spitzer saw the universe in infrared light, which pierces through dust clouds that block optical light – the kind of light our eyes see and that unobscured supernovae radiate most brightly.

To search for hidden supernovae, the researchers looked at Spitzer observations of 40 dusty galaxies. (In space, dust refers to grain-like particles with a consistency similar to smoke.) Based on the number they found in these galaxies, the study confirms that supernovae do indeed occur as frequently as scientists expect them to. This expectation is based on scientists’ current understanding of how stars evolve. Studies like this are necessary to improve that understanding, by either reinforcing or challenging certain aspects of it. 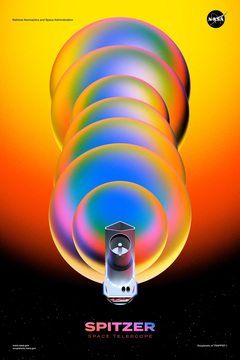 “These results with Spitzer show that the optical surveys we’ve long relied on for detecting supernovae miss up to half of the stellar explosions happening out there in the universe,” said Ori Fox, a scientist at the Space Telescope Science Institute in Baltimore, Maryland, and lead author of the new study, published in the Monthly Notices of the Royal Astronomical Society. “It’s very good news that the number of supernovae we’re seeing with Spitzer is statistically consistent with theoretical predictions.”

The “supernova discrepancy” – that is, the inconsistency between the number of predicted supernovae and the number observed by optical telescopes – is not an issue in the nearby universe. There, galaxies have slowed their pace of star formation and are generally less dusty. In the more distant reaches of the universe, though, galaxies appear younger, produce stars at higher rates, and tend to have higher amounts of dust. This dust absorbs and scatters optical and ultraviolet light, preventing it from reaching telescopes. So researchers have long reasoned that the missing supernovae must exist and are just unseen.

“Because the local universe has calmed down a bit since its early years of star-making, we see the expected numbers of supernovae with typical optical searches,” said Fox. “The observed supernova-detection percentage goes down, however, as you get farther away and back to cosmic epochs where dustier galaxies dominated.”

Detecting supernovae at these far distances can be challenging. To perform a search for supernovae shrouded within murkier galactic realms but at less extreme distances, Fox’s team selected a local set of 40 dust-choked galaxies, known as luminous and ultra-luminous infrared galaxies (LIRGs and ULIRGs, respectively). The dust in LIRGs and ULIRGs absorbs optical light from objects like supernovae but allows infrared light from these same objects to pass through unobstructed for telescopes like Spitzer to detect.

The researchers’ hunch proved correct when the five never-before-seen supernovae came to (infrared) light. “It’s a testament to Spitzer’s discovery potential that the telescope was able to pick up the signal of hidden supernovae from these dusty galaxies,” said Fox.

“It was especially fun for several of our undergraduate students to meaningfully contribute to this exciting research,” added study co-author Alex Filippenko, a professor of astronomy at the University of California, Berkeley. “They helped answer the question, ‘Where have all the supernovae gone?’”

The types of supernovae detected by Spitzer are known as “core-collapse supernovae,” involving giant stars with at least eight times the mass of the Sun. As they grow old and their cores fill with iron, the big stars can no longer produce enough energy to withstand their own gravity, and their cores collapse, suddenly and catastrophically.

The intense pressures and temperatures produced during the rapid cave-in forms new chemical elements via nuclear fusion. The collapsing stars ultimately rebound off their ultra-dense cores, blowing themselves to smithereens and scattering those elements throughout space. Supernovae produce “heavy” elements, such as most metals. Those elements are necessary for building up rocky planets, like Earth, as well as biological beings. Overall, supernova rates serve as an important check on models of star formation and the creation of heavy elements in the universe.

“Our study has shown that star formation models are more consistent with supernova rates than previously thought,” said Fox. “And by revealing these hidden supernovae, Spitzer has set the stage for new kinds of discoveries with the Webb and Roman space telescopes.”

NASA’s Jet Propulsion Laboratory in Southern California conducted mission operations and managed the Spitzer Space Telescope mission for the agency’s Science Mission Directorate in Washington. Science operations were conducted at the Spitzer Science Center at Caltech in Pasadena. Spacecraft operations were based at Lockheed Martin Space in Littleton, Colorado. Data are archived at the Infrared Science Archive housed at IPAC at Caltech. Caltech manages JPL for NASA. 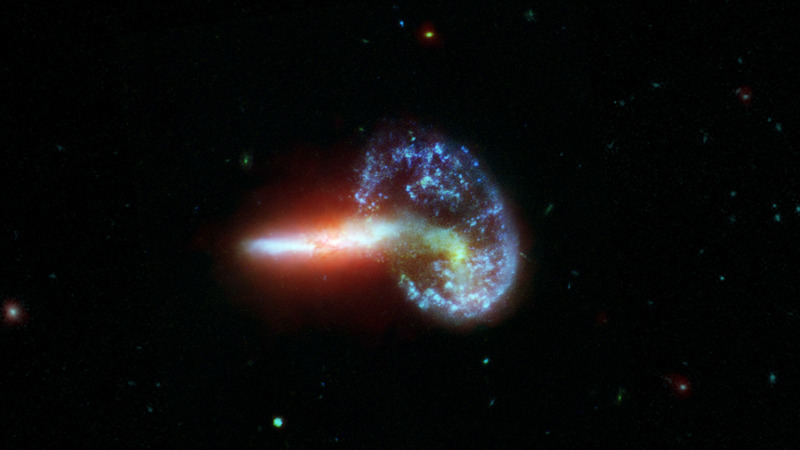 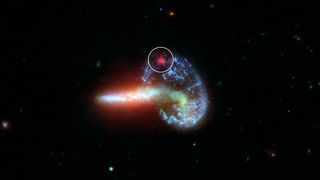 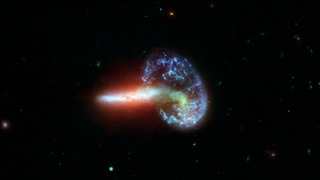 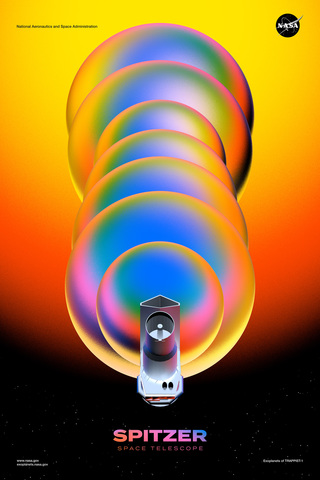