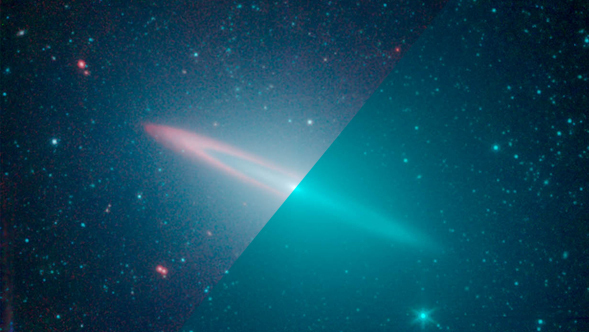 PASADENA, Calif. -- While some galaxies are rotund and others are slender disks like our spiral Milky Way, new observations from NASA's Spitzer Space Telescope show that the Sombrero galaxy is both. The galaxy, which is a round elliptical galaxy with a thin disk embedded inside, is one of the first known to exhibit characteristics of the two different types. The findings will lead to a better understanding of galaxy evolution, a topic still poorly understood.

"The Sombrero is more complex than previously thought," said Dimitri Gadotti of the European Southern Observatory in Chile and lead author of a new paper on the findings appearing in the Monthly Notices of the Royal Astronomical Society. "The only way to understand all we know about this galaxy is to think of it as two galaxies, one inside the other."

The Sombrero galaxy, also known as NGC 4594, is located 28 million light-years away in the constellation Virgo. From our viewpoint on Earth, we can see the thin edge of its flat disk and a central bulge of stars, making it resemble a wide-brimmed hat. Astronomers do not know whether the Sombrero's disk is shaped like a ring or a spiral, but agree it belongs to the disk class.

"Spitzer is helping to unravel secrets behind an object that has been imaged thousands of times," said Sean Carey of NASA's Spitzer Science Center at the California Institute of Technology in Pasadena. "It is intriguing Spitzer can read the fossil record of events that occurred billions of years ago within this beautiful and archetypal galaxy."

Spitzer captures a different view of the galaxy than visible-light telescopes. In visible views, the galaxy appears to be immersed in a glowing halo, which scientists had thought was relatively light and small. With Spitzer's infrared vision, a different view emerges. Spitzer sees old stars through the dust and reveals the halo has the right size and mass to be a giant elliptical galaxy.

While it is tempting to think the giant elliptical swallowed a spiral disk, astronomers say this is highly unlikely because that process would have destroyed the disk structure. Instead, one scenario they propose is that a giant elliptical galaxy was inundated with gas more than nine billion years ago. Early in the history of our universe, networks of gas clouds were common, and they sometimes fed growing galaxies, causing them to bulk up. The gas would have been pulled into the galaxy by gravity, falling into orbit around the center and spinning out into a flat disk. Stars would have formed from the gas in the disk.

"This poses all sorts of questions," said Rubén Sánchez-Janssen from the European Southern Observatory, co-author of the study. "How did such a large disk take shape and survive inside such a massive elliptical? How unusual is such a formation process?"

Researchers say the answers could help them piece together how other galaxies evolve. Another galaxy, called Centaurus A, appears also to be an elliptical galaxy with a disk inside it. But its disk does not contain many stars. Astronomers speculate that Centaurus A could be at an earlier stage of evolution than the Sombrero and might eventually look similar.

The findings also answer a mystery about the number of globular clusters in the Sombrero galaxy. Globular clusters are spherical nuggets of old stars. Ellipticals typically have a few thousand, while spirals contain a few hundred. The Sombrero has almost 2,000, a number that makes sense now but had puzzled astronomers when they thought it was only a disk galaxy. 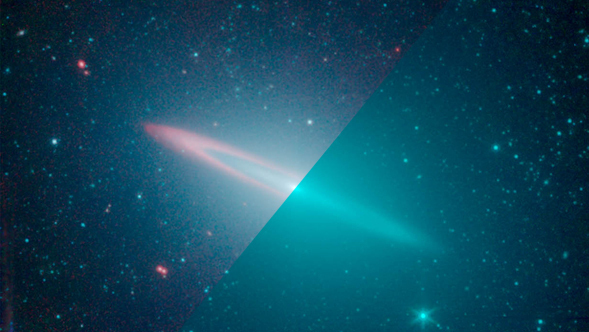 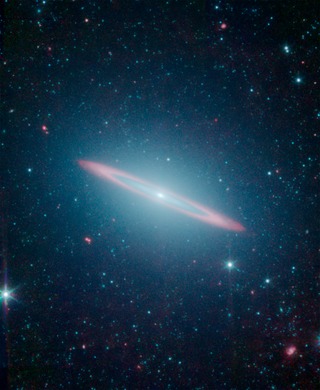 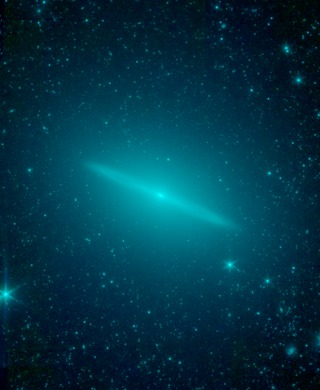