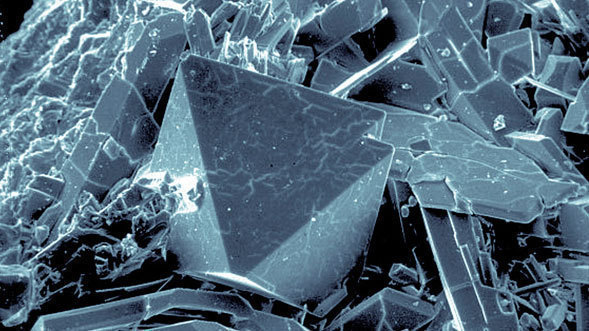 Shock waves around dusty, young stars might be creating the raw materials for planets, according to new observations from NASA's Spitzer Space Telescope.

The evidence comes in the form of tiny crystals. Spitzer detected crystals similar in make-up to quartz around young stars just beginning to form planets. The crystals, called cristobalite and tridymite, are known to reside in comets, in volcanic lava flows on Earth, and in some meteorites that land on Earth.

Astronomers already knew that crystallized dust grains stick together to form larger particles, which later lump together to form planets. But they were surprised to find cristobalite and tridymite crystals. What's so special about these particular crystals? They require flash heating events, such as shock waves, to form.

The findings suggest that the same kinds of shock waves that cause sonic booms from speeding jets are responsible for creating the stuff of planets throughout the universe.

"By studying these other star systems, we can learn about the very beginnings of our own planets 4.6 billion years ago," said William Forrest of the University of Rochester, N.Y. "Spitzer has given us a better idea of how the raw materials of planets are produced very early on." Forrest and University of Rochester graduate student Ben Sargent led the research, to appear in the Astrophysical Journal.

Planets are born out of swirling pancake-like disks of dust and gas that surround young stars. They start out as mere grains of dust swimming around in a disk of gas and dust, before lumping together to form full-fledged planets. During the early stages of planet development, the dust grains crystallize and adhere together, while the disk itself starts to settle and flatten. This occurs in the first millions of years of a star's life.

When Forrest and his colleagues used Spitzer to examine five young planet-forming disks about 400 light-years away, they detected the signature of silica crystals. Silica is made of only silicon and oxygen and is the main ingredient in glass. When melted and crystallized, it can make the large hexagonal quartz crystals often sold as mystical tokens. When heated to even higher temperatures, it can also form small crystals like those commonly found around volcanoes.

Shock waves, or supersonic waves of pressure, are thought to be created in planet-forming disks when clouds of gas swirling around at high speeds collide. Some theorists think that shock waves might also accompany the formation of giant planets.

The findings are in agreement with local evidence from our own solar system. Spherical pebbles, called chondrules, found in ancient meteorites that fell to Earth are also thought to have been crystallized by shock waves in our solar system's young planet-forming disk. In addition, NASA's Stardust mission found tridymite minerals in comet Wild 2.

JPL manages the Spitzer Space Telescope mission for NASA's Science Mission Directorate, Washington. Science operations are conducted at the Spitzer Science Center at the California Institute of Technology, also in Pasadena. Caltech manages JPL for NASA. Spitzer's infrared spectrograph, which made the observations, was built by Cornell University, Ithaca, N.Y. Its development was led by Jim Houck of Cornell. 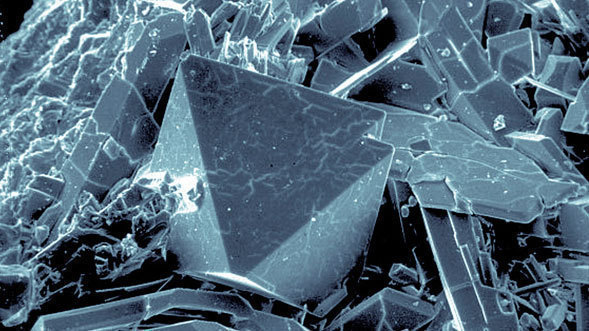 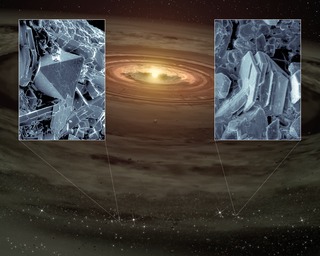