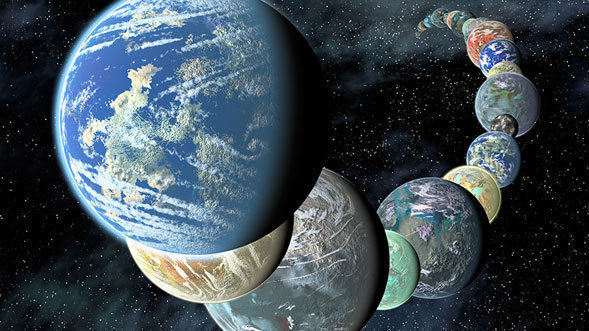 Astronomers have discovered that terrestrial planets might form around many, if not most, of the nearby sun-like stars in our galaxy. These new results suggest that worlds with potential for life might be more common than we thought.

University of Arizona, Tucson, astronomer Michael Meyer and his colleagues used NASA's Spitzer Space Telescope to determine whether planetary systems like ours are common or rare in our Milky Way galaxy. They found that at least 20 percent, and possibly as many as 60 percent, of stars similar to the sun are candidates for forming rocky planets.

Meyer is presenting the findings at the annual meeting of the American Association for the Advancement of Science in Boston. The results appear in the Feb. 1 issue of Astrophysical Journal Letters.

The astronomers used Spitzer to survey six sets of stars, grouped depending on their age, with masses comparable to our sun. The sun is about 4.6 billion years old. "We wanted to study the evolution of the gas and dust around stars similar to the sun and compare the results with what we think the solar system looked like at earlier stages during its evolution," Meyer said.

The Spitzer telescope does not detect planets directly. Instead it detects dust -- the rubble left over from collisions as planets form -- at a range of infrared wavelengths. The hottest dust is detected at the shortest wavelengths, between 3.6 microns and 8 microns. Cool dust is detected at the longest wavelengths, between 70 microns and 160 microns. Warm dust can be traced at 24-micron wavelengths. Because dust closer to the star is hotter than dust farther from the star, the "warm" dust likely traces material orbiting the star at distances comparable to the distance between Earth and Jupiter.

"We found that about 10 to 20 percent of the stars in each of the four youngest age groups shows 24-micron emission due to dust," Meyer said. "But we don't often see warm dust around stars older than 300 million years. The frequency just drops off.

"That's comparable to the time scales thought to span the formation and dynamical evolution of our own solar system," he added. "Theoretical models and meteoritic data suggest that Earth formed over 10 to 50 million years from collisions between smaller bodies."

In a separate study, Thayne Currie and Scott Kenyon of the Smithsonian Astrophysical Observatory, Cambridge, Mass., and their colleagues also found evidence of dust from terrestrial planet formation around stars from 10 to 30 million years old. "These observations suggest that whatever led to the formation of Earth could be occurring around many stars between three million and 300 million years old," Meyer said.

Kenyon and Ben Bromley of the University of Utah, Salt Lake City, have developed planet formation models that provide a plausible scenario. Their models predict warm dust would be detected at 24-micron wavelengths as small rocky bodies collide and merge. "Our work suggests that the warm dust Meyer and colleagues detect is a natural outcome of rocky planet formation. We predict a higher frequency of dust emission for the younger stars, just as Spitzer observes," said Kenyon.

The numbers on how many stars form planets are ambiguous because there's more than one way to interpret the Spitzer data, Meyer said. The warm-dust emission that Spitzer observed around 20 percent of the youngest cohort of stars could persist as the stars age. That is, the warm dust generated by collisions around stars three to 10 million years old could carry over and show up as warm dust emission seen around stars in the 10- to 30- million-year-old range and so on. Interpreting the data this way, about one out of five sun-like stars is potentially planet-forming, Meyer said.

There's another way to interpret the data. "An optimistic scenario would suggest that the biggest, most massive disks would undergo the runaway collision process first and assemble their planets quickly. That's what we could be seeing in the youngest stars. Their disks live hard and die young, shining brightly early on, then fading," Meyer said. "However, smaller, less massive disks will light up later. Planet formation in this case is delayed because there are fewer particles to collide with each other."

If this is correct and the most massive disks form their planets first and the wimpiest disks take 10 to 100 times longer, then up to 62 percent of the surveyed stars have formed, or may be forming, planets. "The correct answer probably lies somewhere between the pessimistic case of less than 20 percent and optimistic case of more than 60 percent," Meyer said.

The next critical test of the assertion that terrestrial planets like Earth could be common around stars like the sun will come next year with the launch of NASA's Kepler mission. 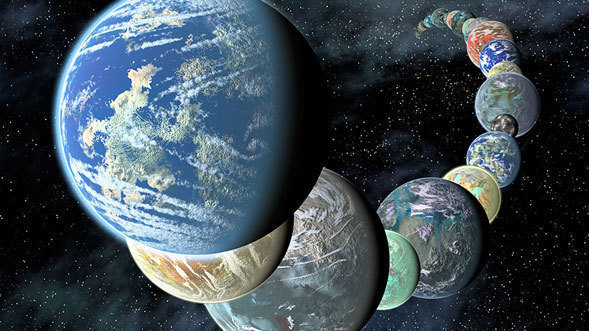 News Release | ssc2008-05
Many, Perhaps Most, Nearby Sun-Like Stars May Form Rocky Planets 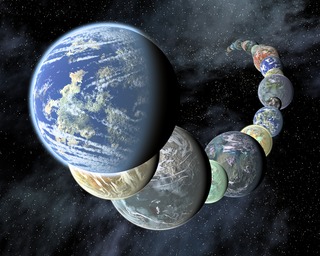