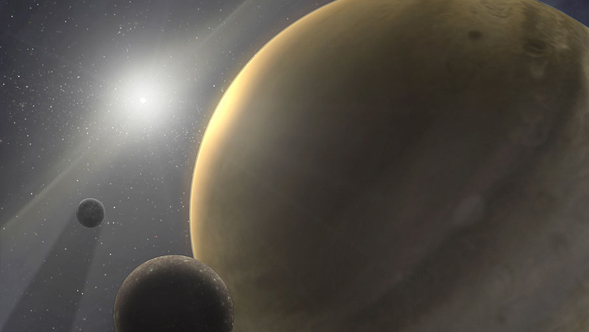 Observations from NASA's Spitzer Space Telescope show that gas giants either form within the first 10 million years of a sun-like star's life, or not at all. The study offers new evidence that gas-giant planets must form early in a star's history. The lifespan of sun-like stars is about 10 billion years.

Ilaria Pascucci of the University of Arizona Steward Observatory in Tucson led a team of astronomers who conducted the most comprehensive search for gas around 15 different sun-like stars, most with ages ranging from 3 million to 30 million years.

The scientists used Spitzer's heat-seeking infrared eyes to search for warm gas in the inner portions of star systems, an area comparable to the zone between Earth and Jupiter in our own solar system.

In addition, Pascucci, team member Michael Meyer of the UA Steward Observatory and their colleagues probed for cold gas in the outer regions of these star systems with the Arizona Radio Observatory's 10-meter Submillimeter Telescope (SMT) on Mount Graham, Ariz. The outer zones of these star systems are analogous to the region around Saturn's orbit and beyond in our own solar system.

All of the stars in the study - including those as young as a few million years - have less than 10 percent of Jupiter's mass in gas swirling around them, Pascucci said.

"This indicates that gas giant planets like Jupiter and Saturn have already formed in these young solar system analogs, or they never will," Meyer said.

Astronomers suspect that gas around a star may also be important for sending terrestrial, or rocky, planets like Earth into relatively circular orbits as they form. If Earth had a highly elliptical orbit rather than relatively circular one, its temperature swings would be so extreme that humans and other complex organisms might not have evolved.

Many of the sun-like star systems in the study don't currently contain enough gas to send developing rocky planets into circular orbit, Pascucci said. One possibility is that terrestrial planets around these stars have highly elliptical orbits that hinder the development of complex life. Another possibility is that some mechanism other than gas moves the terrestrial planets into circular orbits once they are fully formed. "Our observations tested only the effect of gas," Pascucci said.

Pascucci's paper was published in the Astrophysical Journal in November 2006. The astronomers are presenting a poster of their findings today (Jan. 7, 2007) at the 209th meeting of the American Astronomical Society in Seattle, Wash. The observations were part of the Spitzer Legacy Science Program "Formation and Evolution of Planetary Systems" (FEPS). Meyer, a co-author of the paper, is the principal investigator of the FEPS program.

The Jet Propulsion Laboratory manages the Spitzer Space Telescope mission for NASA's Science Mission Directorate, Washington. Science operations are conducted at the Spitzer Science Center at Caltech. JPL is a division of Caltech. Spitzer's infrared spectrograph was built by Cornell University, Ithaca, N.Y., its development was led by Jim Houck.

The Arizona Radio Observatory offices are centrally located in the Steward Observatory building on The University of Arizona campus in Tucson. 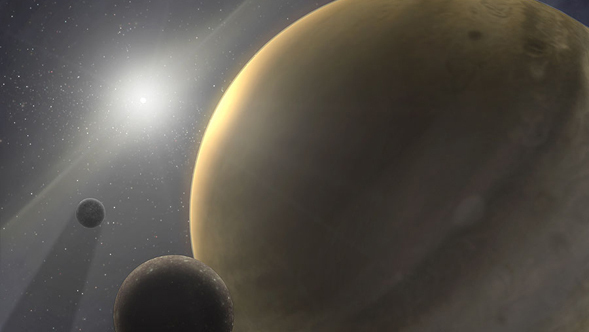 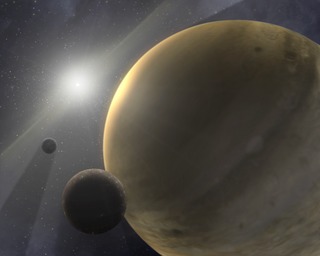