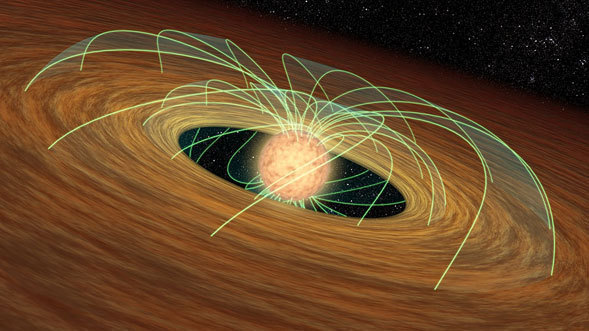 Young stars are full of energy, spinning around like tops in half a day or less. They would spin even faster, but something puts on the brakes. While scientists had theorized that planet-forming disks might be at least part of the answer, demonstrating this had been hard to do until now.

"We knew that something must be keeping the stars' speed in check," said Dr. Luisa Rebull of NASA's Spitzer Science Center, Pasadena, Calif. "Disks were the most logical answer, but we had to wait for Spitzer to see the disks."

Rebull, who has been working on the problem for nearly a decade, is lead author of a new paper in the July 20 issue of the Astrophysical Journal. The findings are part of a quest to understand the complex relationship between young stars and their burgeoning planetary systems.

Stars begin life as collapsing balls of gas that spin faster and faster as they shrink, like twirling ice skaters pulling in their arms. As the stars whip around, excess gas and dust flatten into surrounding pancake-like disks. The dust and gas in the disks are believed to eventually clump together to form planets.

Developing stars spin so fast that, left unchecked, they would never fully contract and become stars. Prior to the new study, astronomers had theorized that disks might be slowing the super speedy stars by yanking on their magnetic fields. When a star's fields pass through a disk, they are thought to get bogged down like a spoon in molasses. This locks a star's rotation to the slower-turning disk, so the shrinking star can't spin faster.

To prove this principle, Rebull and her team turned to Spitzer for help. Launched in August of 2003, the infrared observatory is an expert at finding the swirling disks around stars, because dust in the disks is heated by starlight and glows at infrared wavelengths.

The team used Spitzer to observe nearly 500 young stars in the Orion nebula. They divided the stars into slow spinners and fast spinners, and determined that the slow spinners are five times more likely to have disks than the fast ones.

"We can now say that disks play some kind of role in slowing down stars in at least one region, but there could be a host of other factors operating in tandem. And stars might behave differently in different environments," Rebull said.

Other factors that contribute to a star's winding down over longer periods of time include stellar winds and possibly full-grown planets.

If planet-forming disks slow down stars, does that mean stars with planets spin more slowly than stars without planets? Not necessarily, according to Rebull, who said slowly spinning stars might simply take more time than other stars to clear their disks and develop planets. Such late-blooming stars would, in effect, give their disks more time to put on the brakes and slow them down.

Ultimately, the question of how a star's rotation rate is related to its ability to support planets will fall to planet hunters. So far, all known planets in the universe circle stars that turn around lazily. Our sun is considered a slowpoke, currently plodding along at a rate of one revolution every 28 days. And, due to limits in technology, planet hunters have not been able to find any extrasolar planets around zippy stars.

"We'll have to use different tools for detecting planets around rapidly spinning stars, such as next-generation ground and space telescopes," said Dr. Steve Strom, an astronomer at the National Optical Astronomy Observatory, Tucson, Ariz.

Other members of Rebull's team include Drs. John Stauffer of the Spitzer Science Center; S. Thomas Megeath at the University of Toledo, Ohio; and Joseph Hora and Lee Hartmann of the Harvard-Smithsonian Center for Astrophysics, Cambridge, Mass. Hartmann is also affiliated with the University of Michigan, Ann Arbor. 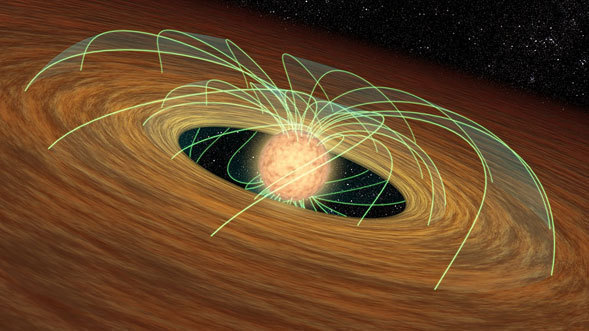 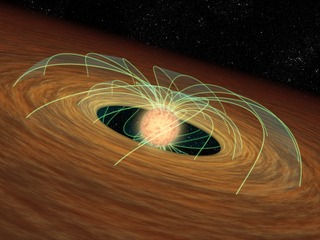 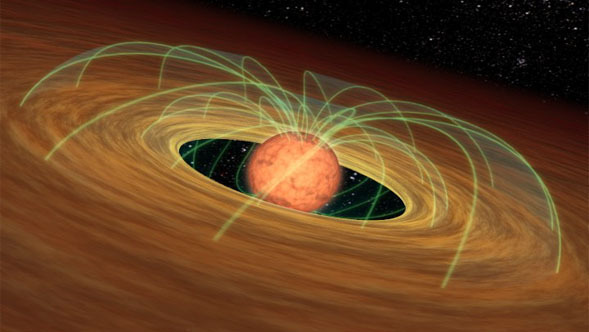 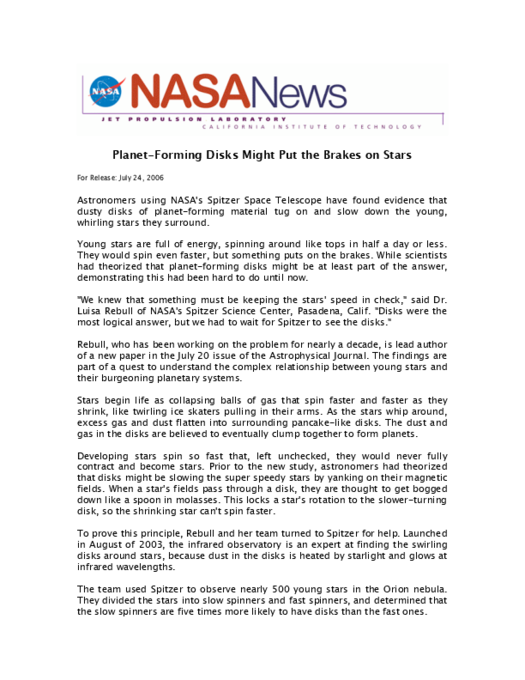