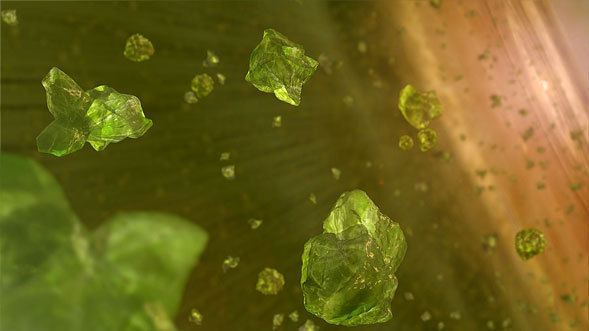 NASA's Spitzer Space Telescope has spotted the very beginnings of what might become planets around the puniest of celestial orbs -- brown dwarfs, or "failed stars."

The telescope's infrared eyes have for the first time detected clumps of microscopic dust grains and tiny crystals orbiting five brown dwarfs. These clumps and crystals are thought to collide and further lump together to eventually make planets. Similar materials are seen in planet-forming regions around stars and in comets, the remnants of our own solar system's construction.

The findings provide evidence that brown dwarfs, despite being colder and dimmer than stars, undergo the same initial steps of the planet-building process.

"We are learning that the first stages of planet formation are more robust than previously believed," said Dr. Daniel Apai, an astronomer at the University of Arizona, Tucson, and member of the NASA Astrobiology Institute's Life and Planets Astrobiology Center. "Spitzer has given us the possibility to study how planets are built in widely different environments."

The observations also imply that brown dwarfs might be good targets for future planet-hunting missions. Astronomers do not know if life could exist on planets around brown dwarfs.

Brown dwarfs differ from stars largely due to their mass. They lack the mass to ignite internally and shine brightly. However, they are believed to arise like stars, out of thick clouds of gas and dust that collapse under their own weight. And like stars, brown dwarfs develop disks of gas and dust that circle around them. Spitzer has observed many of these disks, which glow at infrared wavelengths.

Apai and his team used Spitzer to collect detailed information on the minerals that make up the dust disks of six young brown dwarfs located 520 light-years away, in the Chamaeleon constellation. The six objects range in mass from about 40 to 70 times that of Jupiter, and they are roughly 1 to 3 million years old.

The astronomers discovered that five of the six disks contain dust particles that have crystallized and are sticking together in what may be the early phases of planet assembling. They found relatively large grains and many small crystals of a mineral called olivine.

"We are seeing processed particles that are linking up and growing in size," said Dr. Ilaria Pascucci, a co-author also of the University of Arizona. "This is exciting because we weren't sure if the disks of such cool objects would behave the same way that stellar disks do."

The team also noticed a flattening of the brown dwarfs' disks, which is another sign that dust is gathering up into planets.

A paper on these findings appears online today in Science. Authors of the paper also include Drs. Jeroen Bouwman, Thomas Henning and Cornelis P. Dullemond of the Max Planck Institute for Astronomy, Germany; and Dr. Antonella Natta of the Osservatorio Astrofisico di Arcetri, Italy.

NASA's Jet Propulsion Laboratory, Pasadena, Calif., manages the Spitzer mission for NASA's Science Mission Directorate. Science operations are conducted at the Spitzer Science Center at the California Institute of Technology in Pasadena. Spitzer's infrared spectrograph, which made the observations, was built by Cornell University, Ithaca, N.Y. Its development was led by Dr. Jim Houck of Cornell. The NASA Astrobiology Institute, founded in 1997, is a partnership between NASA, 16 major U.S. teams and six international consortia. 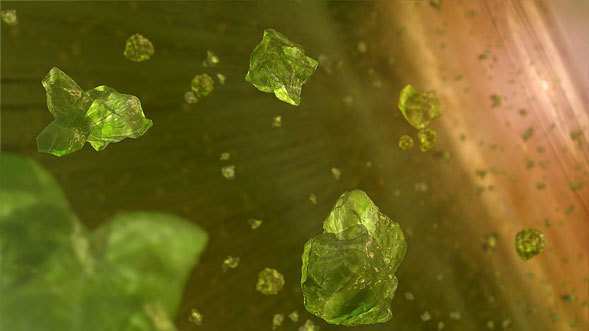 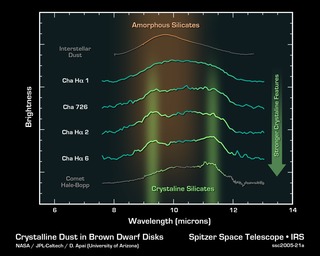 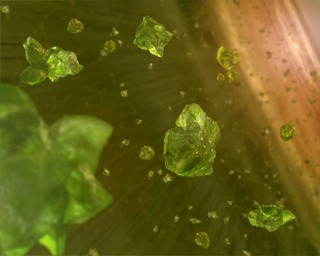