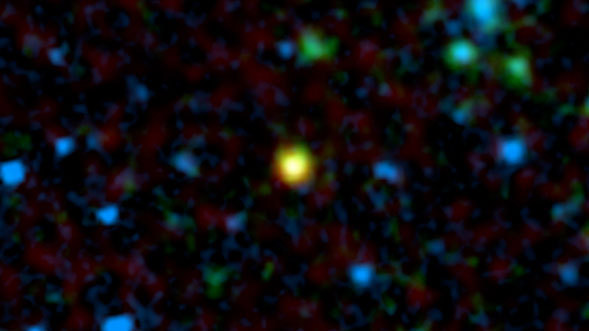 With its sharp infrared eyes, NASA's Spitzer Space Telescope peered through walls of galactic dust to uncover what may be the long-sought missing population of hungry black holes known as quasars.

"From past studies using X-rays, we expected there were a lot of hidden quasars, but we couldn't find them," said Alejo Mart?nez-Sansigre of the University of Oxford, England. He is lead author of a paper about the research in this week's Nature. "We had to wait for Spitzer to find an entire population of these dust-obscured objects."

Quasars are super-massive black holes that are circled by a giant ring of gas and dust. They live at the heart of distant galaxies and can consume up to the equivalent mass of one thousand stars in a single year. As their black holes suck in material from their dusty rings, the material lights up brilliantly, making quasars the brightest objects in the universe. This bright light comes in many forms, including X-rays, visible, and infrared light.

Astronomers have puzzled for years over the question of how many of these cosmic behemoths are out there. One standard method for estimating the number is to measure the cosmic X-ray background. Quasars outshine everything else in the universe in X-rays. By counting the background buzz of X-rays, it is possible to predict the approximate total number of quasars.

But this estimate has not matched previous X-ray and visible-light observations of actual quasars, which number far fewer than expected. Astronomers thought this might be because most quasars are blocked from our view by gas and dust. They proposed that some quasars are positioned in such a way that their dusty rings hide their light, while others are buried in dust-drenched galaxies.

Spitzer appears to have found both types of missing quasars by looking in infrared light. Unlike X-rays and visible light, infrared light can travel through gas and dust.

Researchers found 21 examples of these quasars in a small patch of sky. All the objects were confirmed as quasars by the National Radio Astronomy Observatory's Very Large Array radio telescope in New Mexico and by the Particle Physics and Astronomy Research Council's William Herschel Telescope in Spain.

"If you extrapolate our 21 quasars out to the rest of the sky, you get a whole lot of quasars," said Dr. Mark Lacy of the Spitzer Science Center, California Institute of Technology, Pasadena, Calif., a co-author of the Nature paper. "This means that, as suspected, most supermassive black hole growth is hidden by dust."

The discovery will allow astronomers to put together a more complete picture of how and where quasars form in our universe. Of the 21 quasars uncovered by Spitzer, 10 are believed to be inside fairly mature, giant, elliptical galaxies. The rest are thought to be encased in thick, dusty galaxies that are still forming stars.

A team of researchers based at the University of Arizona, Tucson, found similar quasars using Spitzer. Their research is described at http://uanews.org/science.

For information about NASA and agency programs visit http://www.nasa.gov/home. 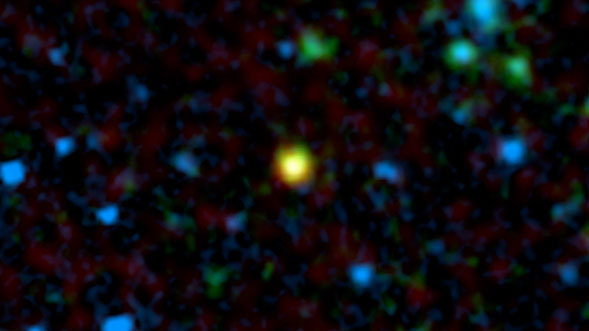 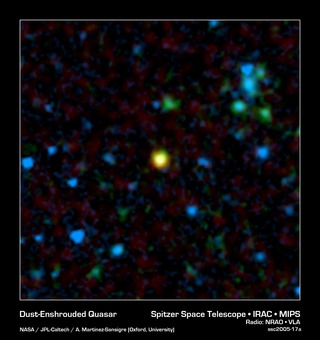