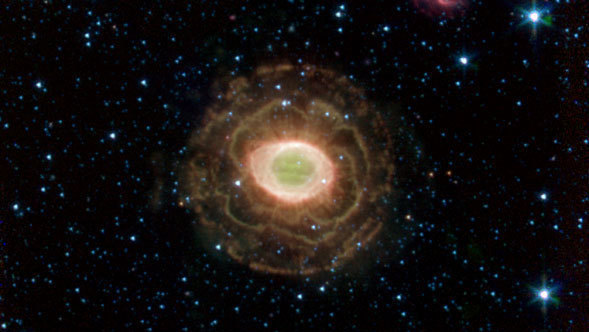 NASA's Cassini-Huygens mission and Spitzer Space Telescope have captured images of Saturn's rings and the Ring Nebula, respectively, to bring home spectacular views of two of the most looked-at objects in the sky. The Cassini image shows a detailed color mosaic of Saturn's shimmering rings. Spitzer imaged the outer shell of the Ring Nebula, which looks surprisingly similar to the delicate petals of a camellia blossom.

Located about 2,000 light years from Earth in the constellation Lyra, the Ring Nebula is a favorite target of amateur astronomers. Also known as Messier Object 57 and NGC 6720, it is one of the best examples of a planetary nebula, a shell of material ejected from a dying star. The "ring" is a thick cylinder of glowing gas and dust around the doomed star. As the star begins to run out of fuel, its core becomes smaller and hotter, boiling off its outer layers. The Spitzer Space Telescope's powerful infrared vision detected this material expelled from the withering star.

Previous images of the Ring Nebula taken by visible-light telescopes usually showed just the inner glowing loop of gas around the star. The outer regions are especially prominent in this new image because Spitzer sees the infrared light from hydrogen molecules. The molecules emit infrared light because they have absorbed ultraviolet radiation from the star or have been heated by the wind from the star.

Cassini's new view of Saturn's dazzling ring system, evident in a stunning natural-color mosaic, reveals the color and diversity present in this gem of the solar system. Gaps, gravitational resonances and wave patterns are all present, and the delicate color variations across the ring system are clearly visible. Named in order of discovery, the labels that scientists have assigned to the major rings do not indicate their relative positions. From the planet outward, they are known as the D, C, B, A, F, G and E rings.

The Cassini-Huygens mission is a cooperative project of NASA, the European Space Agency and the Italian Space Agency. The Cassini orbiter and its two onboard cameras were designed, developed and assembled at JPL. The imaging team is based at the Space Science Institute, Boulder, Colo. Science operations for the Spitzer Space Telescope are conducted at the Spitzer Science Center at Caltech. 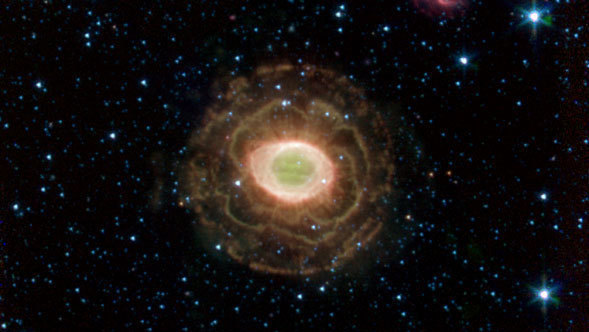 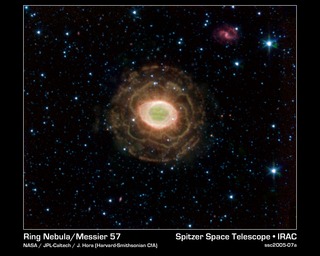 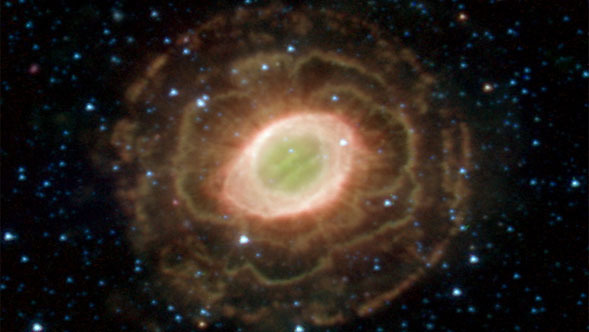