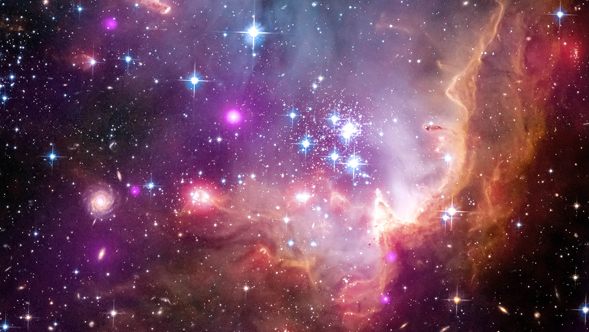 The gem of a spiral galaxy seen in the lower corner is actually behind this nebula. Other distant galaxies located hundreds of millions of light-years or more away can be seen sprinkled around the edge of the image.

The three telescopes highlight different aspects of this lively stellar community. Winds and radiation from massive stars located in the central, disco-ball-like cluster of stars, called NGC 602a, have swept away surrounding material, clearing an opening in the star-forming cloud.

Chandra reveals X-rays that seem to be coming largely from low-mass young stars in the central cluster. These stars were picked out previously by infrared and optical surveys, using Spitzer and Hubble respectively.

A new study based on Chandra observations and published in the Astrophysical Journal suggests that the X-ray properties of these young stars are similar to others in different environments. This, in turn, suggests that other related properties -- including the formation and evolution of disks where planets form -- are also likely to be similar.

The full story from Chandra is online at http://chandra.harvard.edu/photo/2013/ngc602/. 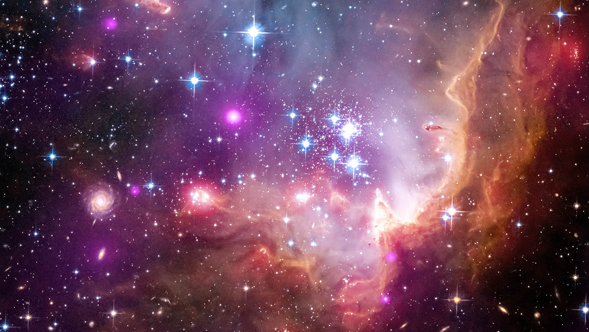 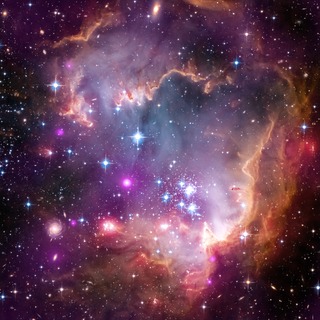