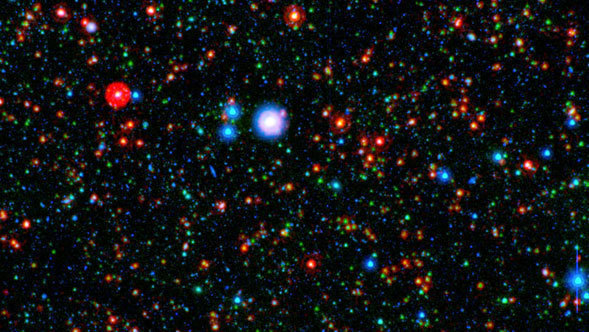 Astronomers have experienced the galactic equivalent of discovering pictures of a mild-mannered grandmother partying as a wild youth. New observations from NASA's Spitzer Space Telescope reveal the early "wild" days of galaxy clusters -- a time when the galaxies were bursting with new stars.

What is particularly striking is the fact that the stellar birth rate is higher in the cluster's center than at its edges -- the exact opposite of what happens in our local portion of the universe, where the cores of galaxy clusters are known to be galactic graveyards.

The discovery, made by an international team of researchers led by Kim-Vy Tran of Texas A&M University, College Station, could ultimately reveal more about how such massive galaxies form.

Tran and her team spent the past four months analyzing images taken by Spitzer, essentially looking back in time nearly 10 billion years at a distant galaxy cluster known as CLG J02182-05102. Mere months after first discovering the cluster and the fact that it is shockingly "modern" in its appearance and size for its age, the team was able to determine that the galaxy cluster produces hundreds to thousands of new stars every year.  That is a far higher birth rate than that of galaxies relatively near to us.

"We have revealed the missing link between the active galaxies and the quiescent behemoths that live in the local universe," said Tran.

Read more about the discovery at http://www.science.tamu.edu/articles/753. 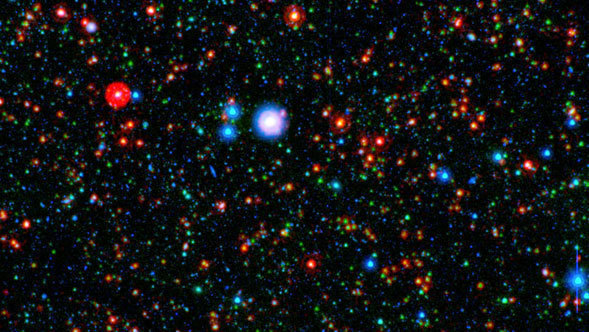 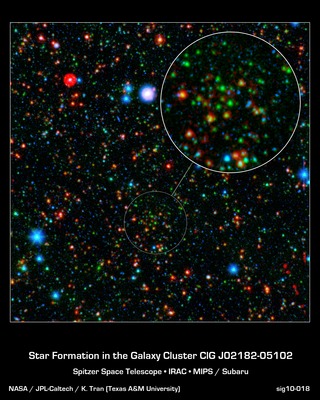 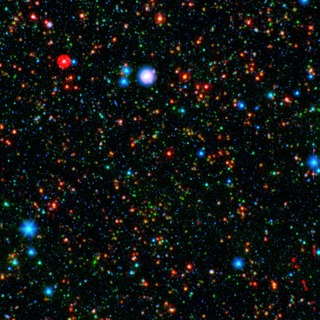