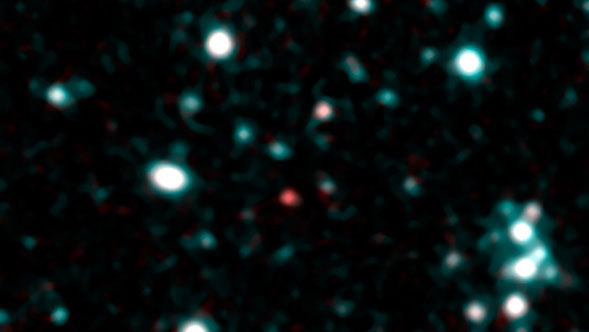 Astronomers have uncovered what appear to be 14 of the coldest stars known in our universe. These failed stars, called brown dwarfs, are so cold and faint that they'd be impossible to see with current visible-light telescopes. Spitzer's infrared vision was able to pick out their feeble glow, much as a firefighter uses infrared goggles to find hot spots buried underneath a dark forest floor.

The brown dwarfs join only a handful of similar objects previously discovered. The new objects are between the temperatures of about 450 Kelvin to 600 Kelvin (350 to 620 degrees Fahrenheit). As far as stars go, this is bitter cold -- as cold, in some cases, as planets around other stars.

These cool orbs have remained elusive for years, but will soon start coming out of the dark in droves. NASA's Wide-field Infrared Survey Explorer (WISE) mission, which is up scanning the entire sky now in infrared wavelengths, is expected to find hundreds of objects of a similarly chilly disposition, if not even colder. WISE is searching a volume of space 40 times larger than that sampled in the recent Spitzer study, which concentrated on a region in the constellation Boötes. The Spitzer mission is designed to look at targeted patches of sky in detail, while WISE is combing the whole sky.

"WISE is looking everywhere, so the coolest brown dwarfs are going to pop up all around us," said Peter Eisenhardt, the WISE project scientist at NASA's Jet Propulsion Laboratory, Pasadena, Calif., and lead author of a recent paper in the Astronomical Journal on the Spitzer discoveries. "We might even find a cool brown dwarf that is closer to us than Proxima Centauri, the closest known star."

Brown dwarfs form like stars out of collapsing balls of gas and dust, but they are puny in comparison, never collecting enough mass to ignite nuclear fusion and shine with starlight. The smallest known brown dwarfs are about 5 to 10 times the mass of our planet Jupiter -- that's as massive as some known gas-giant planets around other stars. Brown dwarfs start out with a bit of internal heat left over from their formation, but with age, they cool down. The first confirmed brown dwarf was announced in 1995.

"Brown dwarfs are like planets in some ways, but they are in isolation," said astronomer Daniel Stern, co-author of the Spitzer paper at JPL. "This makes them exciting for astronomers -- they are the perfect laboratories to study bodies with planetary masses."

Most of the new brown dwarfs found by Spitzer are thought to belong to the coolest known class of brown dwarfs, called T dwarfs, which are defined as being less than about 1,500 Kelvin (2,240 degrees Fahrenheit). One of the objects appears to be so cold that it may even be a long-sought Y dwarf -- a proposed class of even colder stars. The T and Y classes are part of a larger system categorizing all stars; for example, the hottest, most massive stars are O stars; our sun is a G star.

"Models indicate there may be an entirely new class of stars out there, the Y dwarfs, that we haven't found yet," said co-author Davy Kirkpatrick, a co-author of the study and a member of the WISE science team at the California Institute of Technology, Pasadena, Calif. "If these elusive objects do exist, WISE will find them." Kirkpatrick is a world expert in brown dwarfs -- he came up with L, T and Y classifications for the cooler stars.

Kirkpatrick says that it's possible that WISE could find an icy, Neptune-sized or bigger object in the far reaches of our solar system -- thousands of times farther from the sun than Earth. There is some speculation amongst scientists that such a cool body, if it exists, could be a brown dwarf companion to our sun. This hypothetical object has been nicknamed "Nemesis."

"We are now calling the hypothetical brown dwarf Tyche instead, after the benevolent counterpart to Nemesis," said Kirkpatrick. "Although there is only limited evidence to suggest a large body in a wide, stable orbit around the sun, WISE should be able to find it, or rule it out altogether."

The 14 objects found by Spitzer are hundreds of light-years away -- too far away and faint for ground-based telescopes to see and confirm with a method called spectroscopy. But their presence implies that there are a hundred or more within only 25 light-years of our sun. Because WISE is looking everywhere, it will find these missing orbs, which will be close enough to confirm with spectroscopy. It's possible that WISE will even find more brown dwarfs within 25-light years of the sun than the number of stars known to exist in this space.

"WISE is going to transform our view of the solar neighborhood," said Eisenhardt. We'll be studying these new neighbors in minute detail -- they may contain the nearest planetary system to our own."

Other authors of the Spitzer paper are Roger Griffith and Amy Mainzer of JPL; Ned Wright, A.M. Ghez and Quinn Konopacky of UCLA; Matthew Ashby and Mark Brodwin of the Harvard-Smithsonian Center for Astrophysics, Cambridge; Mass., Michael Brown of Monash University, Australia; R.S. Bussmann of the University of Arizona, Tucson; Arjun Dey of National Optical Astronomy Observatory, Tucson, Ariz.; Eilat Glikman of Caltech; Anthony Gonzalez and David Vollbach of the University of Florida, Gainesville; and Shelley Wright of the University of California, Berkeley.

JPL manages the Wide-field Infrared Survey Explorer for NASA's Science Mission Directorate, Washington. The principal investigator, Edward Wright, is at UCLA. The mission was competitively selected under NASA's Explorers Program managed by the Goddard Space Flight Center, Greenbelt, Md. The science instrument was built by the Space Dynamics Laboratory, Logan, Utah, and the spacecraft was built by Ball Aerospace & Technologies Corp., Boulder, Colo. Science operations and data processing take place at the Infrared Processing and Analysis Center at the California Institute of Technology in Pasadena. Caltech manages JPL for NASA. 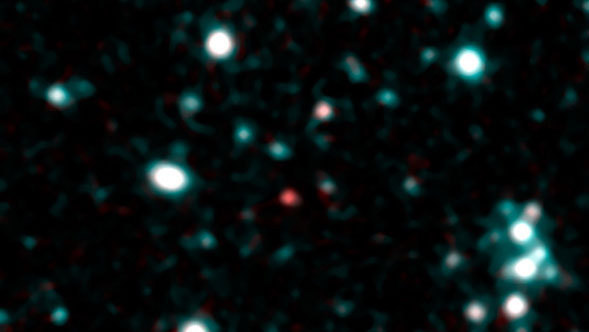 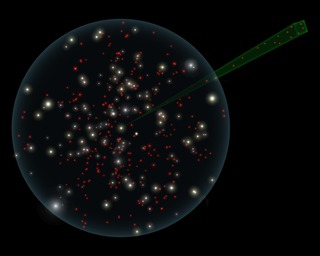 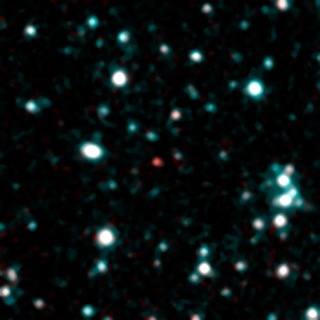