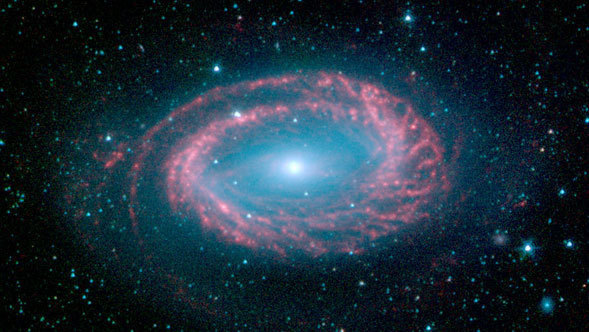 When it comes to giving birth, galaxies don't seem to have a "ticking biological clock." In fact, observations from NASA's Spitzer Space Telescope show that old galaxies were the biggest producers of new stars when our universe was half of its current age of 13.6 billion years.

"The idea that galaxies might form their stars in different generations at different times is an old one... What our work proves is that this is the 'typical' behavior of the most luminous infrared galaxies between five and eight billion years ago," says Dr. Karina Caputi, of the Institute of Astronomy ETH Hoenggerberg, in Zurich, Switzerland.

Infrared galaxies are extremely dusty, and most are furiously forming new stars. Astronomers suspect that the source of the galaxy's infrared glow comes from the warm dust around newborn stars. Using Spitzer data, Caputi and her colleagues identified approximately 600 of the brightest infrared galaxies within eight billion light-years of Earth.

Once team members identified the galaxies, they used data from the ground-based observations from the European Southern Observatory's Very Large Telescope (VLT), in Chile, to learn about the stellar population of these infrared galaxies.

"For most of the galaxies in our study, the VLT data revealed an older population of stars mingling with newborn stars. This indicates that the galaxies are 'old,' and undergoing a new 'burst' of star formation," says Caputi.

Team members suspect that the older stellar population was responsible for filling the infrared galaxies with dust. This dust eventually absorbed ultraviolet light from the new generation of stars, and re-emitted the absorbed energy in infrared, giving the galaxies their infrared shine.

In addition, the scientists found a 10 to 100 million-year lag between when the starbursts began, and when the galaxy got its brilliant infrared glow.

"We suspect that it must take that long for the dust to absorb the ultraviolet-light that is emitted by young stars, and re-emit it in the infrared," says Caputi, who notes that this research will help astronomers better understand how galaxies develop over time.

A paper on the topic was published in the June 2008 issue of Astrophysical Journal. It incorporated data from the Spitzer's S-COSMOS Legacy Project, led by Dr. David Sanders, of the University of Hawaii, Honolulu. And, VLT data collected by Dr. Simon Lilly, of the Institute of Astronomy ETH Hoenggerberg, in Zurich, Switzerland. 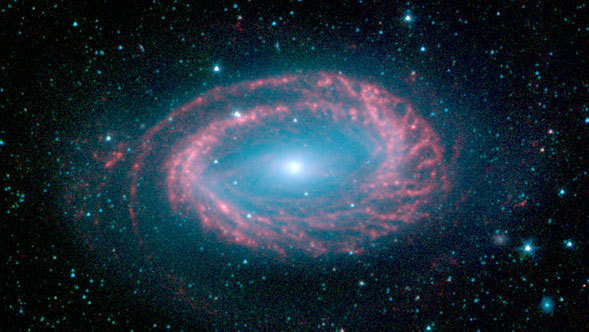 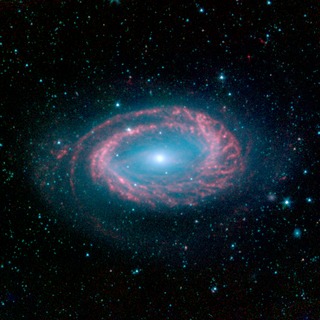