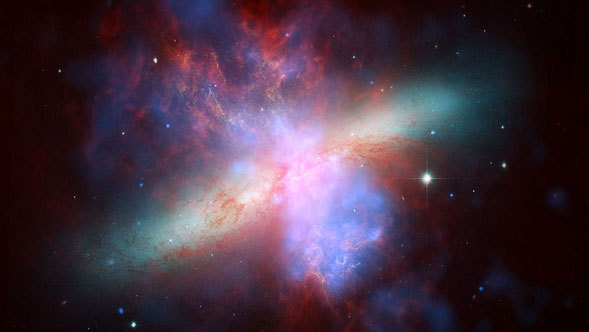 Millions of faint galaxies are hovering near the edge of our universe, too dim to be detected by most telescopes -- but some huge cosmic explosions and the supersensitive infrared eyes of NASA's Spitzer Space Telescope are bringing many of these muted galaxies to light.

Located approximately 12.5 billion light-years away from Earth, the distant galaxies exist in an era when our universe was just one billion years old. With Spitzer's sensitive infrared eyes, astronomers can finally snap infrared portraits and even "weigh" many of these otherwise invisible galaxies.

"A few billion years after the big bang, 90 percent of the stars being born were occurring in these types of faint galaxies. By identifying this population, we hope to gain insights into the environments where the universe's first stars formed," says Dr. Ranga Ram Chary, of the Spitzer Science Center, Pasadena, Calif.

How did astronomers find these elusive galaxies? Like a searchlight directing people to a high-profile event, astronomers followed an afterglow from huge explosions, called "gamma ray bursts" to the faint distant galaxies. They suspect that gamma ray bursts appear when a very massive star dies and becomes a black hole.

Gamma ray bursts are fleeting events -- lasting anywhere from a fraction of a second, to a few minutes. This is not enough time for astronomers to directly identify their source. However, as the gamma ray light fades, a lingering afterglow can be seen at other wavelengths of light. In fact, Chary's team used ground-based telescopes to follow the infrared afterglow from several of these events back to their dim host galaxies, months after the initial explosions occurred.

The afterglow occurs when energetic electrons spiral around magnetic fields, and release light. In its explosive death, material shooting out of the massive star smashes into surrounding gas. This violent collision heats nearby gas and energizes its electrons.

"Understanding the mass and chemical makeup of the universe's first galaxies and then taking snapshots of galaxies at different ages, gives us a better idea of how gas, dust and metals-- the material that went into making our Sun, solar system, and Earth --has changed throughout the Universe's history," says Chary.

Unlike the galaxies of today, Chary says that galaxies living in the one billion year old universe were much more pristine -- comprised primarily of hydrogen and helium gas and containing less than 10% of the heavier elements we see in the local Universe, and even on Earth. The stars that formed and lived in these galaxies eventually forged heavier chemical elements in their cores. In death, the stars spit their chemical creations into space. Some of that material went into making another generation of stars and eventually planets in the galaxies while a fraction of the metals were ejected entirely out of the galaxy.

Chary's paper was published in the December 10, 2007 issue of the Astrophysical Journal. Co-authors on this paper include Dr. Edo Berger, of Princeton University, Princeton, NJ, and Dr. Len Cowie, of the University of Hawaii. 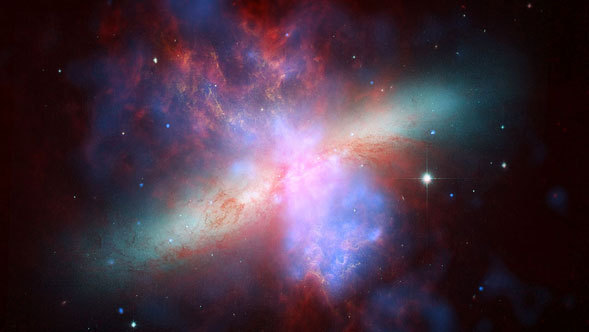 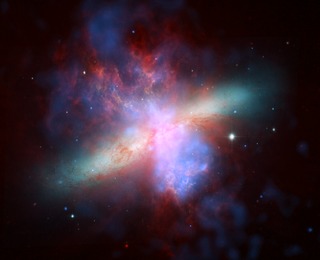